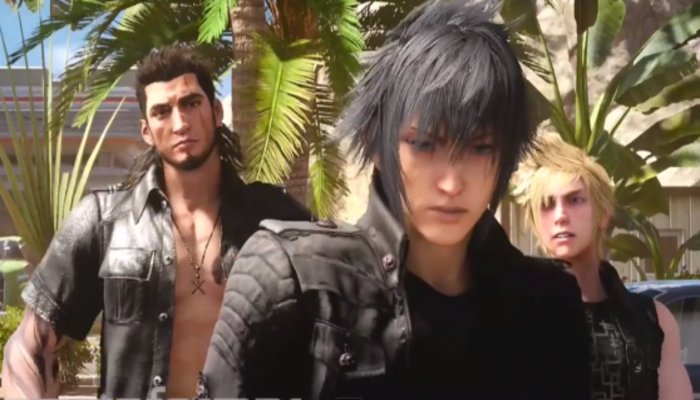 “Final Fantasy XV” director Hajimbe Tabata recently sat down with Game Informer and revealed some new details about the game’s first chapter. According to Tabata when the game starts it will throw the players directly into a boss battle, then right after that the first chapter of the game will start.

The first chapter begins with a cut-scene showing Noctis and his group departing on their journey. But the game doesn’t pick up the pace right away. Tabata says the first gameplay you experience in the first chapter is when you have to use Noctis to push the group’s broken down car. He says that he wanted to start things slow so that the player could fully grasp the scope of the world that they are about to explore. He added that it won’t be overbearing and that the scene will end quickly.

He couldn’t speak much about the story but he did say that it starts as a fun trip and starts to get more serious as the game continues and the group’s objectives become clear. Tabata added that the game combines naturalness with seriousness to create a human drama.

Many fans complained that “Final Fantasy XIII” was too linear and Tabata says this game will address that criticism. He says the world will open up at the end of chapter 1. He added that he feels the game will offer more freedom than any other Final Fantasy. You can check out the new gameplay footage in the video below.

“Final Fantasy XV” is available for pre-order now and it will be released on September 30.