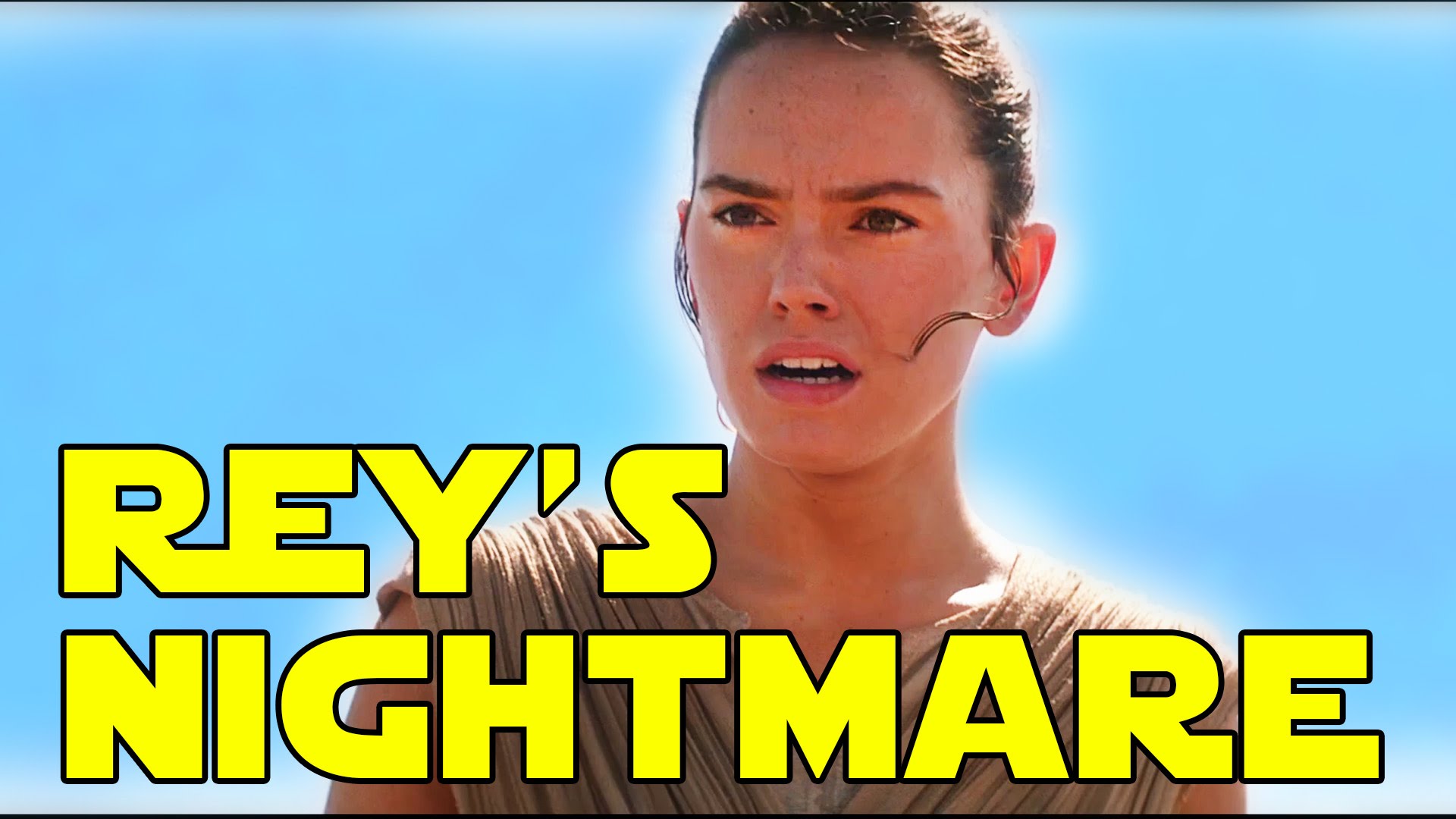 Rey’s force vision from “Star Wars: The Force Awakens” has been dissected by the fans over and over again since the film’s release. Every time you watch it there’s something new to be found and it was one of the most interesting parts of the movie.

Audiences enjoyed Rey’s force vision but the character herself seemed to be a little scared by it. YouTuber DavidUngerMusic has taken the fear to the next level by taking Rey’s force vision and turning it into a straight up nightmare.

The vision now features images from the Star Wars series that most fans would like to forget. Jar Jar Binks pops in a few times, as does young Anakin Skywalker. Peppy from “Star Fox” even manages to make a voice cameo. It’s a pretty entertaining watch, but it’s not for the weak at heart. You can check it out below.

Thirty years after the defeat of the Galactic Empire, the galaxy faces a new threat from the evil Kylo Ren (Adam Driver) and the First Order. When a defector named Finn crash-lands on a desert planet, he meets Rey (Daisy Ridley), a tough scavenger whose droid contains a top-secret map. Together, the young duo joins forces with Han Solo (Harrison Ford) to make sure the Resistance receives the intelligence concerning the whereabouts of Luke Skywalker (Mark Hamill), the last of the Jedi Knights.