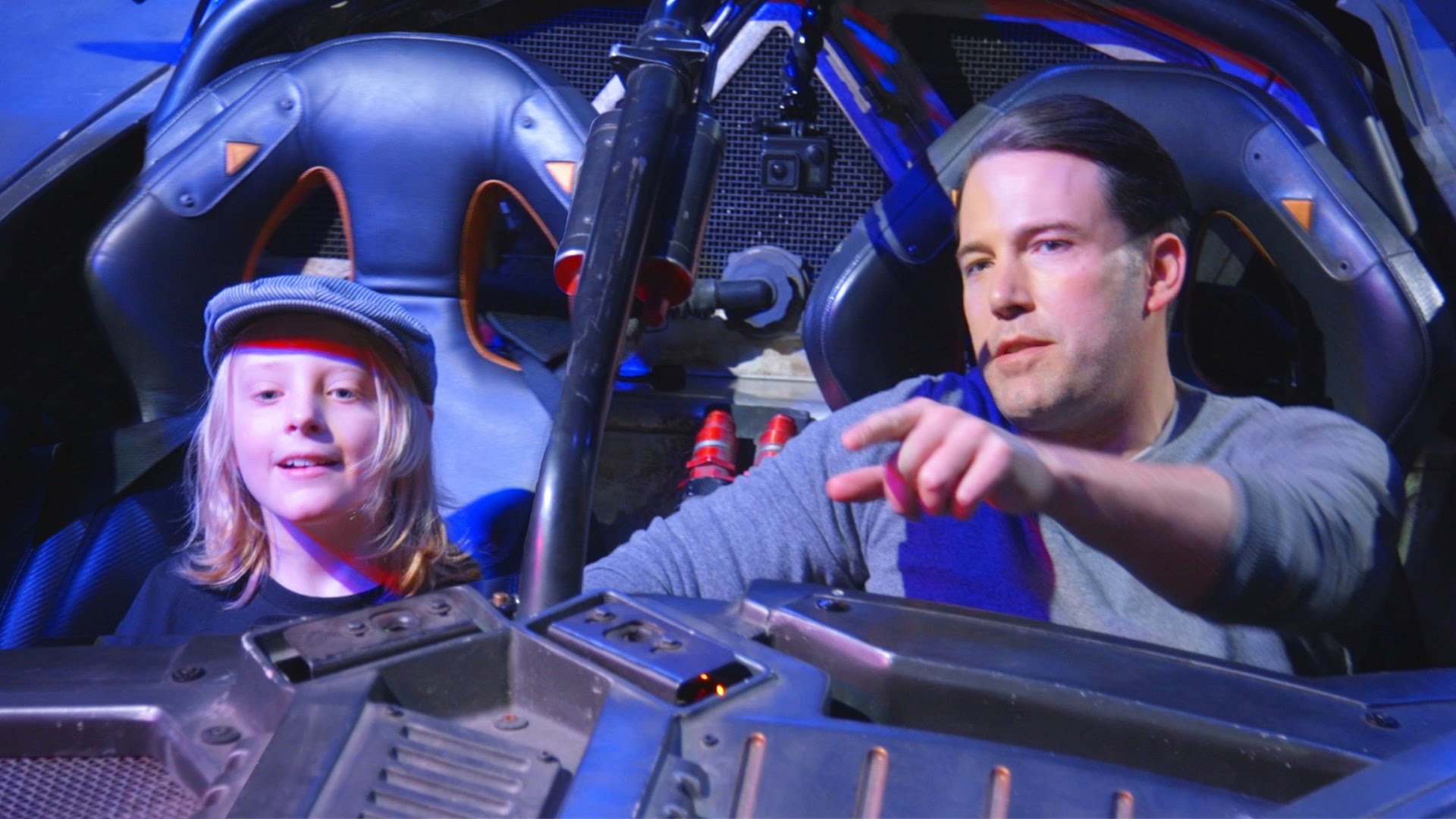 We’re only a few weeks away from the release of “Batman v Superman: Dawn of Justice” so the folks Warner Bros. Studios are getting pretty excited. Ben Affleck himself seems pretty excited about the film. As a matter of fact, he’s so excited that he just can’t seem to pull himself away from the Batmobile.

Affleck teamed up with the charity organization Omaze to put together a new video which features Batman himself hiding out in the Batmobile. Ben patiently waits inside the car as fans are taking a tour and and looking at the vehicle. But when he hears fans start talking about how Superman is a better character than Batman, that’s when he decides he’s heard enough and opens up the Batmobile.

It’s pretty funny seeing the fan’s reactions as they ask Ben Affleck if he’s real or not. One lucky fan even gets to hop into the Batmobile and go for a ride around the studio lot.

Check it out in the clip below.