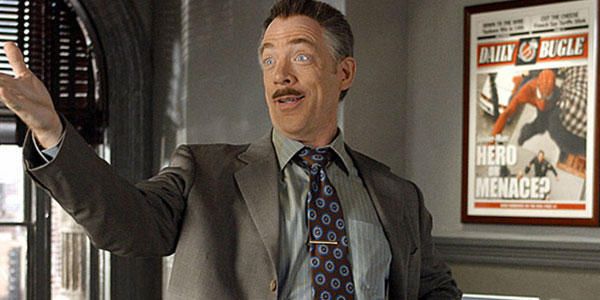 Everybody agrees that when it comes to Sam Raimi’s “Spider-Man” films, J.K. Simmons was one of the best things about them. He was the perfect choice to play J. Jonah Jameson and he brought the character to life in a way that fans never could have imagined.

Now that Spider-Man has joined the MCU everyone’s wondering if we’re going to see Jameson again. It seems likely that the character will appear at some point and some fans are making it well known that they want J.K. Simmons back in the role.

A group of fans put a petition together in an attempt to get Simmons back behind the desk at The Daily Bugle. Entertainment Tonight asked him for his thoughts on the petition and he said the following:

“The petition that does not come from anybody in a position to do anything about it. Doing those movies with Sam was one of the great joys of my career. It was a super fun character, so I’ll never close a door on anything”

We would all love to see him return and he certainly seems open to it. However the ball seems to be in Marvel’s court for this one. You can check out the clip below.