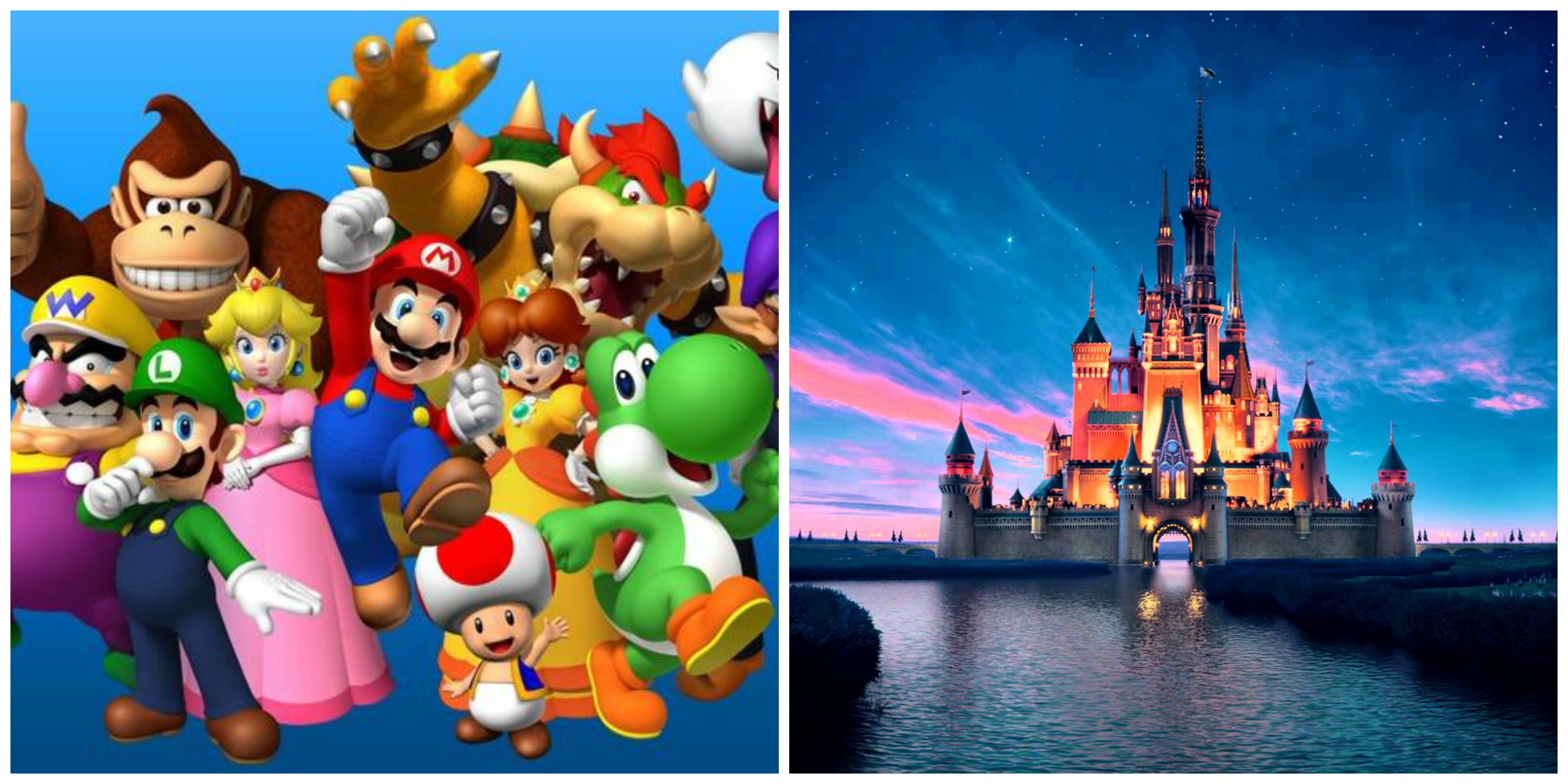 For many, many years Nintendo fans have been dying to see their favorite characters on the big screen. So far the only attempt has been that one adaptation of “Super Mario Bros.” back in the 90s, and we all saw how that turned out. For a long time Nintendo seemed apprehensive about making more films. But back in August of 2015 Nintendo executive Shigeru Miyamoto said that Nintendo was thinking more and more about making movies in the future.

Now a hot new rumor has hit the Internet and according to the rumor, Nintendo has had some form of discussion with Disney about making movies. Kevin Cassidy of GoNintendo is reporting that a source reached out to him and gave him some evidence of a possible partnership between Nintendo and Disney. He was careful to emphasize that he vetted the source thoroughly. However he’s still treating the information as a rumor.

The source presented him with a Powerpoint presentation created for Hasbro which looks at what their competitors are doing. Disney and Nintendo were listed as two competitors in the presentation and it listed some details about possible plans for the two companies moving forward. Kevin posted the following when talking about the presentation:

“Last year, we heard a rumor about Nintendo and Disney teaming up on multiple projects, including the potential for movies. That rumor came and went, and there really hasn’t been much talk of it since. That all changed a few hours ago when I received a Powerpoint presentation. It’s this presentation that seems to indicate that the Nintendo/Disney deal for movies is indeed legitimate.

In a ‘competitor update’ slide, there’s mention of some projects that Mattel and Disney is taking on. Mattel had some shifting of executives, which is mentioned in small detail. A few points about Disney are mentioned, but the one in particular we’re interested in states that ‘Nintendo and Disney are coming together to create movies’. There are no other details provided, but I think that one mention is certainly interesting enough.”

He also points out that Nintendo has worked with Disney in the past to rebroadcast the Nintendo World Championships and a Mario Kart 8 tournament. So regardless of whether or not this rumor is true, Nintendo does have a line of communication with Disney and that much is known. But are they currently talking about bringing movies to the big screen, and if they are how far along are these discussions? These are the questions we all want to know the answers to.

Disney has certainly done well for themselves when it comes to adapting intellectual properties for the masses. The company has had massive success with the Marvel Cinematic Universe and now Star Wars. The thought of Nintendo seeing the same kind of success in the film world is enough to make any fan get excited.

What do you guys think, is Nintendo the right company to bring Nintendo’s characters to the big screen?