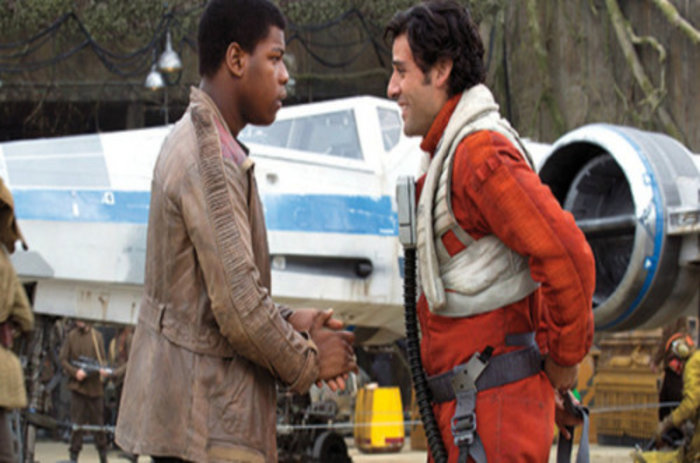 As “Star Wars: The Force Awakens” was breaking box office records up release, fans were, and still are “shipping” a certain couple. The couple that we’re talking about is Finn and Poe. Some fans were convinced that these two had a romantic chemistry in “The Force Awakens.” which in turn got many fans talking about the possibility gay characters in the “Star Wars” universe.

Abrams went on to say that the “Star Wars” universe is all about possibility and that it would be “narrow minded” to think that gay characters don’t exist in that world. “Star Wars: The Force Awakens” was praised for featuring a diverse cast and it looks like future films in the saga will be expanding on that diversity.

As far as a Finn/Poe romance goes, Jon Boyega certainly doesn’t seem to be ruling it out. He recently told the Radio Times at the BAFTAs and noted that he interpreted their relationship as a “bromance.”

‘But as far as I’m concerned when JJ [Abrams] sat us down to go through the script, it was a bromance.’ Boyega told the press.

He went on to add that he doesn’t know where the story is going so anything is possible: “But now I’m learning what Mark Hamill said before when he didn’t know that Darth Vader was Luke’s father: you never know what they’re going to pull. I’m looking at the director Rian [Johnson] closely so he can get me involved early, so I can prepare myself. So who knows?’”

So J.J. Abrams is confident that gay characters will be featured in “Star Wars” films and John Boyega continues to tease a Finn/Poe bromance. Long story short, the shippers might actually get their wish.