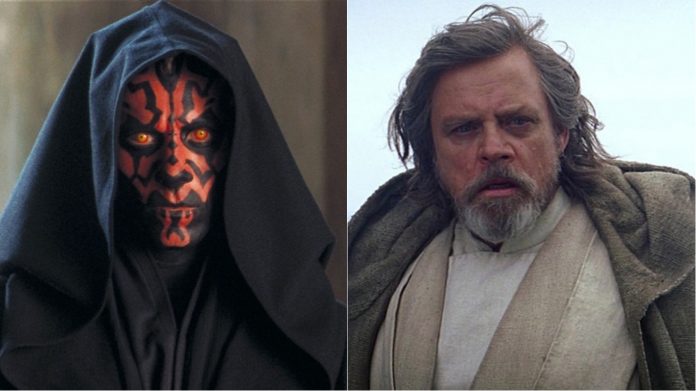 When it comes to Star Wars characters, Darth Maul is one of the most popular characters to ever appear in the franchise, but fans didn’t see very much of him as he was killed off before “The Phantom Menace” came to an end.

Darth Maul had a very cool look, and at first he seemed as if he would be a worthy adversary to the Jedi. Some fans feel he should have been included in more movies, and Mark Hamill appears to feel the same way. At D23 Hamill told reporters that he couldn’t believe Maul was killed off.

“Darth Maul was just the coolest looking,” Hamill told reporters via Polygon. “I couldn’t believe they disposed of him so quickly. I thought he would last through all three movies!”

It certainly doesn’t seem that Lucasfilm and/or Disney have any plans to use Darth Maul anytime soon, but with the way the Star Wars film universe is expanding, anything is possible.

Would you like to see Darth Maul return to the big screen, perhaps in a prequel movie someday? Sound off in the comments below.