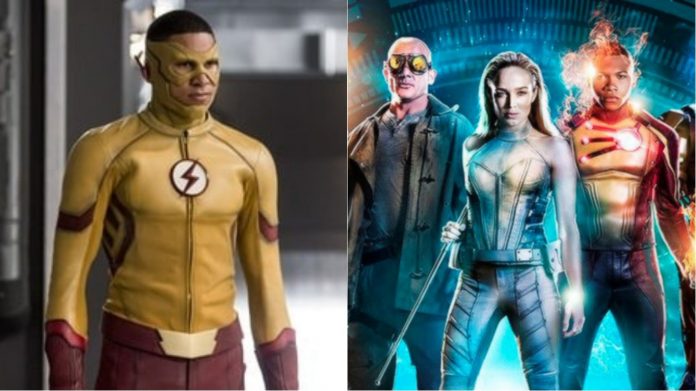 The stars of the “Arrowverse” are back to work on their respective sets, and Keiynan Lonsdale has been stepping up his game as Kid Flash now that Barry Allen is locked away tightly in the Speed Force. All of the DC shows on the CW will be going through big changes, and at some point they will come together for the next “Arrowverse” crossover.

Related: Fan Favorite Character To Be Recurring Guest On The Flash Season 4

The annual crossover is always fun, but it’s also fun when the writers throw in smaller crossovers along the way. It’s certainly not unusual to see characters from “Arrow” on “The Flash” or characters from “Legends of Tomorrow” make appearances on other shows. The team ups make for some interesting moments, and Keiynan Lonsdale has a team up in mind for Kid Flash.

Lonsdale recently took to Twitter to share a picture with Franz Drameh, aka Jax, aka one half of Firestorm, and he called for Kid Flash and Firestorm to share a scene together.

With the way the Legends broke time in the season 2 finale, it definitely looks like they’re going to need some extra help. Perhaps Kid Flash is the right person to join the crew once this whole Flash/Speed Force business gets sorted out.