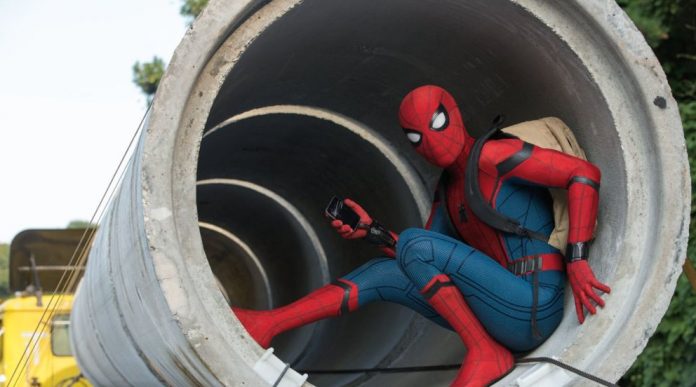 Last year Spider-Man made his MCU debut in “Captain America: Civil War” and in a few weeks he’ll be getting his very on solo film. Spider-Man is certainly all the rage right now, and he’s been a hot topic as of late because Sony has big plans for their Spider-Man spinoffs.

Tom Hardy is set to play Venom in a standalone film, and Amy Pascal of Sony was recently asked if Tom Holland’s Spider-Man exists in the same world as Venom, and she said that he does.

“Those movies will all take place in the world we’re now creating for Peter Parker. They’ll be adjunct to it, they may be different locations, but it will still all be in the same world, and they will be connected to each other as well.”

If Tom Holland’s Spider-Man, and Tom Hardy’s Venom exist in the same world, and Spider-Man exists in the MCU, that would seem to imply that Venom is part of the MCU as well.

The quote got a lot of people talking, however, Marvel Studios head Kevin Feige recently spoke to JoBlo, and he said that for now it’s just Spider-Man in the MCU.

“Right now, Spidey is in the MCU and it’s just Spidey. Civil War, Homecoming, we’ve already shot a lot of Tom Holland’s scenes in the upcoming Avengers films, and we’re just starting to solidify our plans for Homecoming 2 – we won’t call it that, whatever it is – which is exciting because it’ll be the first MCU movie after untitled Avengers in 2019. It’ll be the way Civil War informed everything in Homecoming, those movies will launch him off into a very new cinematic universe at that point. Those five movies are we’re focusing on.”