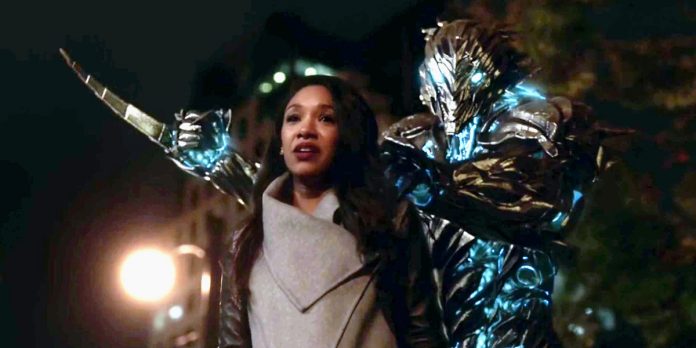 “The Flash” season 3 recently wrapped up, and in the season finale Team Flash faced off against Savitar in one finale battle. For most of season 3 the team worked to find a way to defeat Savitar, and although most fans expected Barry Allen to be the one to take down the big bad, there was a surprisingly pleasant twist in the finale. Spoilers ahead for anyone who is not caught up.

After defeating Savitar, Barry turned his back on the villain and then walked away, and Savitar made one last attempt to vanquish Barry, but before he could get to him, he was stopped by a bullet to the back of the head. It was then revealed that it was Iris who pulled the trigger, and after almost a full season of Barry trying to save Iris from Savitar, in the end it was Iris who saved Barry.

Candice Patton recently spoke to CinemaBlend about Iris West’s big moment, and she said that she thought it was empowering that Iris was able to be the one to bring down Savitar.

“I remember Andrew Kreisberg coming to me and telling me how it would all kind of go down in the end, and I remember saying to him: ‘That is so cool. Young girls and young boys everywhere are going to be thrilled with her being the one to kind of take that final shot at Savitar.’ . . . It’s empowering, it’s empowering that Iris, whose kinda been this damsel [in distress] all season and kind of struggled with Savitar looming over her, she’s the one that has the final say in his last breath.”