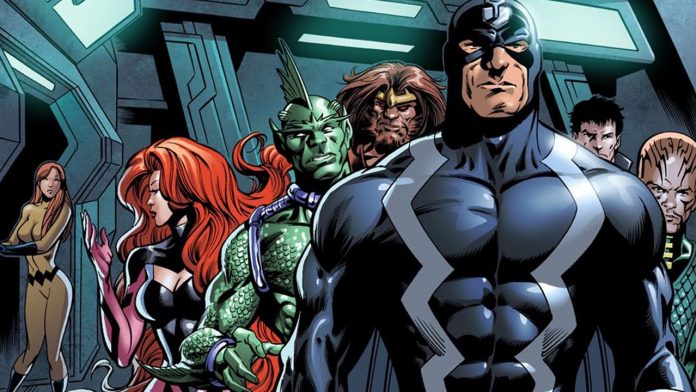 On Monday Marvel made a huge announcement when they revealed that “Marvel’s The Inhumans” is coming to IMAX theaters, and to ABC. The first two episodes will premiere exclusively on IMAX screens next year, then from there the show will move to ABC for a weekly run on the network.

The Hollywood Reporter notes that six episodes will follow on ABC after the first two premiere in IMAX, giving “Marvel’s The Inhumans” a total of 8 episodes. Inhumans were introduced into the MCU via “Agents of S.H.I.E.L.D.” but THR has also confirmed that the series will not be a “S.H.I.E.L.D.” spinoff.

The series is being shot entirely on IMAX cameras. IMAX is also co-financing the project, meaning that the special effects will be more impressive compared to what some fans may be used to seeing on “S.H.I.E.L.D.”

“Marvel’s The Inhumans” will focus on Black Bolt and the royal family, and it will premiere in September of 2017.