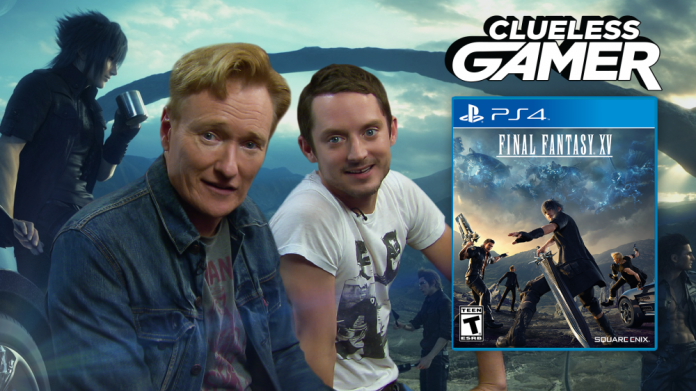 If you’re a fan of Conan O’Brien then you’re probably familiar with his “Clueless Gamer” series. But for anyone who might not know, “Clueless Gamer” is a segment that Conan does on his show where he plays video games with a guest, and he pretty much tears them apart because he doesn’t understand. More often than not the segment is pretty hilarious, and the latest “Clueless Gamer” is no exception.

Conan teamed up with Elijah Wood to play “Final Fantasy XV” and it did not go well.

Conan quickly finds out that “Final Fantasy XV” is not his type of game. He pretty much loses his mind while playing, and by the end of the video he accuses the game developers of being mass murderers of people’s time.

Fortunately for fans, the whole process of Conan losing his mind is pretty hilarious and you can see how it all goes down below.

After a long ten year wait, “Final Fantasy XV” will finally be released on November 29, 2016.