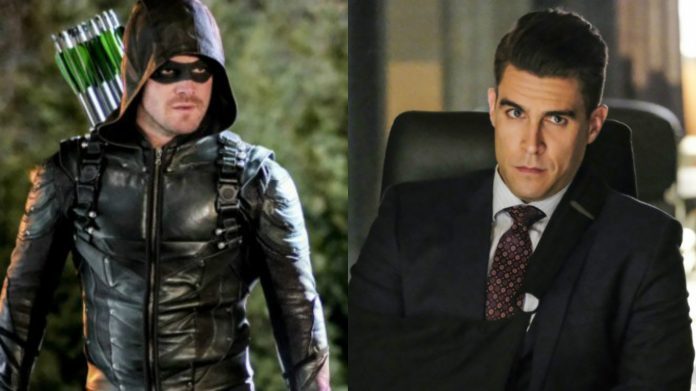 “Arrow” fans are currently waiting for the series to return, and luckily the wait will be over next Wednesday when “Dangerous Liaisons” airs on the CW. There are only 5 episodes left before “Arrow” season 5 comes to an end, and although the season has been intense so far, it sounds like the best is yet to come.

All season long Team Arrow has been dealing with the Prometheus problem, but Prometheus has taken things to the next level ever since it was revealed that he’s actually Adrian Chase.

The CW has released the synopsis for the upcoming episode “Honor Thy Fathers” and it reveals that the team will have their hands full as somehow dozens of violent criminals who were prosecuted by Adrian Chase will be set free.

“CHASE CONTINUES TO TORMENT OLIVER — Oliver (Stephen Amell) returns to the mayor’s office and faces one of his most pressing issues yet – the forced release of dozens of violent criminals prosecuted by Adrian Chase (Josh Segarra). Meanwhile, a crate is delivered to Oliver’s office containing a mysterious corpse encased in concrete. Laura Belsey directed the episode written by Marc Guggenheim & Sarah Tarkoff (#521). Original airdate 5/10/2017.”

“Arrow” will return next Wednesday, and “Honor Thy Fathers” will air on May 10th.