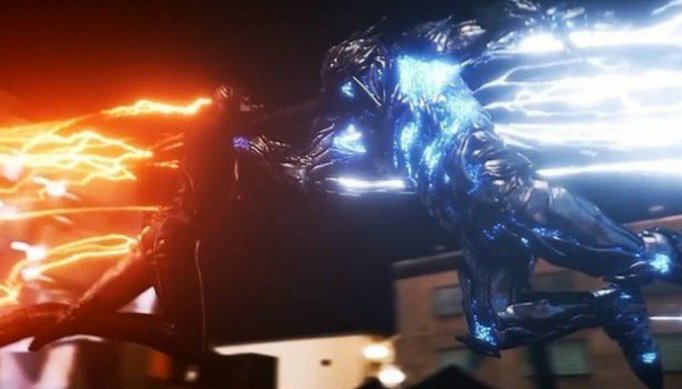 Next week “The Flash” will return with one of the most anticipated episodes of the season “The Once And Future Flash.” The episode will see Barry Allen travel to the year 2024 as he searches for answers in regards to Savitar’s identity, but it doesn’t look like he’ll be finding the answers he’s looking for.

Related: The CW Reveals Finale Dates For The Flash, Arrow, Supergirl And More

Regardless of what Barry does or doesn’t find out in next week’s episode, the battle with Savitar will continue. The CW has released the official synopsis for the upcoming episode “Cause And Effect” and it teases that Barry Allen will take “drastic measures” as he attempts to defeat Savitar.

“The Flash” will return with “The Once And Future Flash” on April 25th.

“Barry (Grant Gustin) travels to the future to find out Savitar’s still unknown identity in the hopes of saving Iris (Candice Patton). Upon his arrival in 2024, Barry encounters future versions of his Team Flash friends, who, following the death of Iris, have become very different people, profoundly impacted by their showdown with Savitar. It will be up to Barry to infuse a sense of hope back into the team, as he proves to be hero his future friends have been waiting for. Meanwhile, back in 2017, the hunt for Killer Frost (Danielle Panabaker) continues. Tom Cavanagh directed the episode written by Carina Adly MacKenzie.”