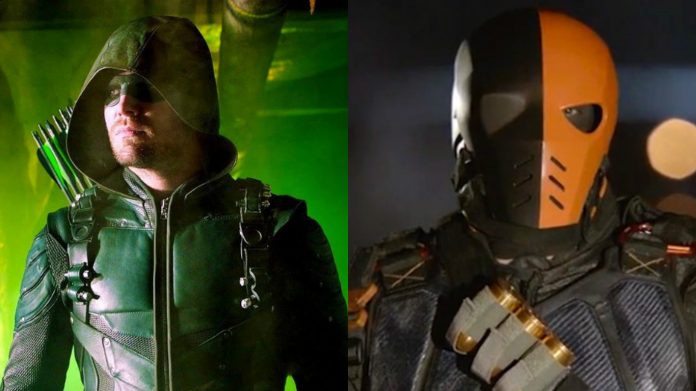 Stephen Amell and executive producer Marc Guggenheim promised “Arrow” fans that a new season 5 sizzle reel would drop today and they did not disappoint. The sizzle reel hypes up the remaining episodes of season 5 which will feature the return of Cody Rhodes’ Derek Sampson, Black Siren, and of course Deathstroke. Without further ado, you can check out the sizzle reel below.

Stephen Amell and Marc Guggenheim recently confirmed that Manu Bennett would be returning to “Arrow” as Deathstroke, but Bennett denied such claims. It looks like Bennett was simply trying to troll all of us, because his voice can clearly be heard at the end of the trailer, and it looks like we’re heading straight for a Green Arrow/Deathstroke team up.

I don’t know about the rest of you, but I honestly can’t wait. Bring on the rest of season 5.

“Arrow” will return in April 26th with “Dangerous Liaisons.”