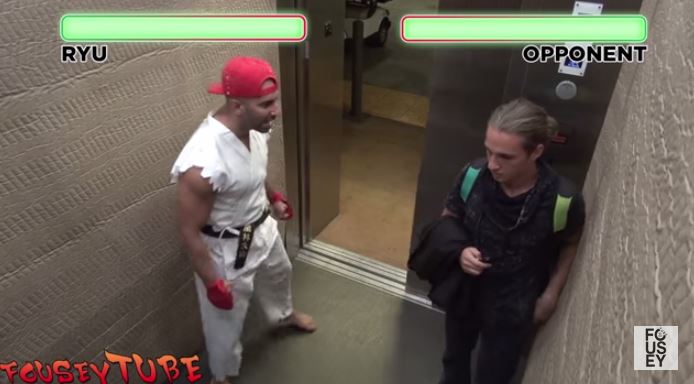 What would you do if you entered an elevator and suddenly found yourself being attacked by people dressed up as Street Fighter characters? You would probably be confused, terrified, excited or some mix of all three.

The people at fouseyTube recently pulled a prank where they forced unsuspecting people in an elevator into a Street Fighter match and it went about as well as you would expect. The people have no idea what to do when a man dressed as Ryu starts screaming “HADOUKEN” at them so most of them freak out and cower with fear.

See the reactions in the video below: