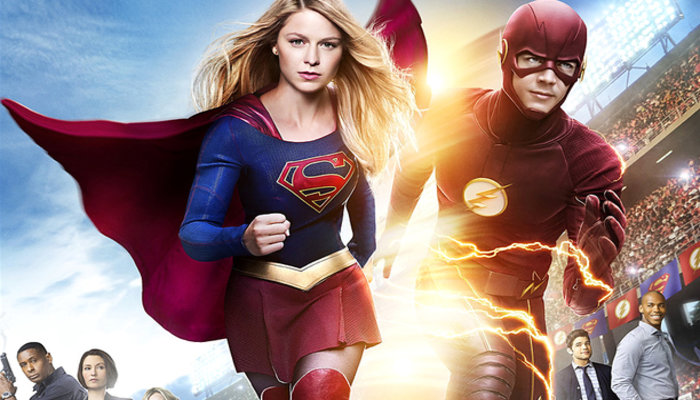 Barry Allen is set to make the journey to National City on March 28 when he heads to “Supergirl” for the episode “Worlds Finest.” The “Supergirl” cast and crew recently sat down for a panel at PaleyFest and they revealed some more details about the crossover event.

With so many characters now in the Arrowverse there were a lot of options to choose from for the crossover. Greg Berlanti opened up about why The Flash is the first character to make the jump to “Supergirl,” and he pointed out that the multiverse is what makes the crossover possible.

“We needed to create a way to do it. We had to introduce Superman since you’ve heard about him and you’ve heard about Supergirl, but in worlds of Arrow and Flash, they didn’t exist in that world. We introduced the multiverse in The Flash this year, and that was always our way in.” Berlanti told Deadline.

It also seems that Kara will be pretty happy to see another super powered person when Barry Allen arrives in National City.

She also confirmed that The Flash and Supergirl do indeed have a foot race and that she’s excited for everyone to see it.

“Worlds Finest” airs March 28 on CBS at 8pm EST and you can read the official synopsis below.

“Worlds Finest” – Kara gains a new ally when the lightning-fast superhero The Flash (Grant Gustin) suddenly appears from an alternate universe and helps Kara battle Siobhan, aka Silver Banshee, and Livewire in exchange for her help in finding a way to return him home, on SUPERGIRL, Monday, March 28 (8:00-9:00 PM) on the CBS Television Network. Grant Gustin crosses over as The Flash.”