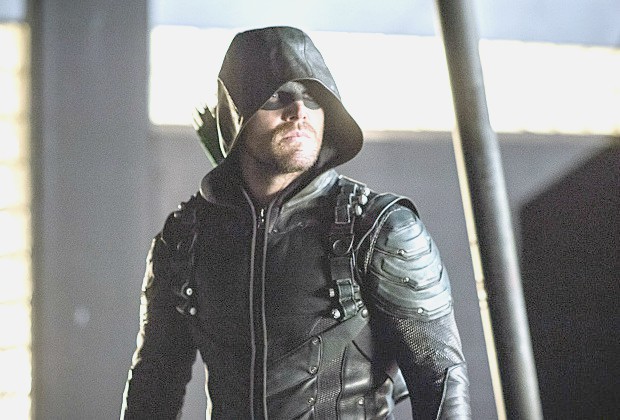 This week’s episode of “Arrow” changed the status quo in a big way when Oliver Queen passed on the Green Arrow mantle. Diggle will be the Green Arrow moving forward, and it sounds like the show is serious about taking Oliver out of the equation for now.

Stephen Amell recently spoke to EW about the change, and he said that Oliver is completely out of the vigilante game.

However, when asked if this means Oliver will never suit up again he responded by saying no.

While talking about filming the show, the “Arrow” star revealed that Oliver has been out of the mix in regards to Team Arrow for four episodes now.

“It’s been a very strange time for me on the show, because we’re talking about going on four episodes now where I’m really out of the mix, and that’s been challenging for me,” Amell said.

He also indicated that Diggle as the Green Arrow is something that’s going to stick for a little while.

“So I like that he’s given the mantle to Diggle and that’s been the show since then. That, to me, is really cool.”

With Diggle’s issues involving nerve damage and PTSD being revealed in this week’s episode, it seemed that his run as the Green Arrow would likely be short-lived, but apparently that’s not the case.

We know that Oliver is going to suit up again for the crossover, but that’s still over a month away, so it sounds like we could be possibly seeing Diggle as the Green Arrow up until the crossover airs on November 27.

“Arrow” will return next week with “Next Of Kin.”