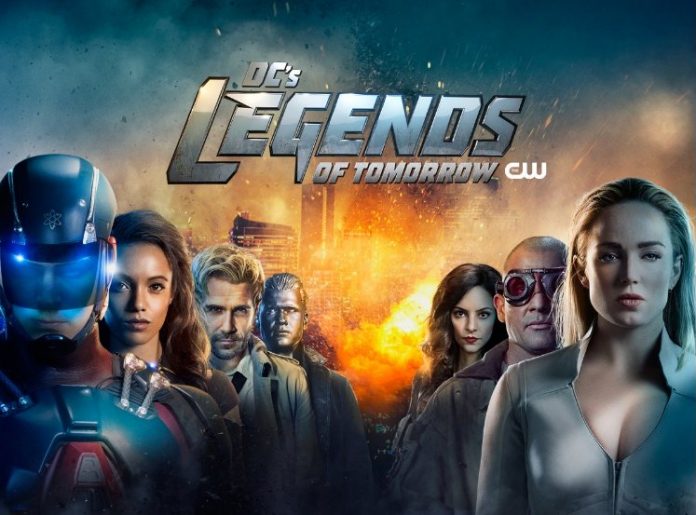 The team went through some big changes throughout season 3 of DC’s “Legends of Tomorrow” and fans were forced to say goodbye to some characters who have been there from the very beginning.

Now it appears that fans will have to say goodbye to another series regular, as it’s being reported that Keiynan Lonsdale who plays Wally West on the show will be leaving.

According to Comicbook.com, The CW has confirmed Lonsdale will appear in the season 4 premiere, but he will be leaving the show after the episode.

However, that doesn’t necessarily mean that we’ve seen the last of Wally West, as it sounds like the door is open for him to return at some point down the line should the story call for it.

As noted, Matt Ryan’s John Constantine and Jes Macallan’s Ava Sharpe have both been promoted to series regulars for season 4.

DC’s “Legends of Tomorrow” will return for season 4 in the fall.

“After defeating the demon Mallus by cuddling him to death with a giant stuffed animal named Beebo, the Legends are ready to ease off the gas. Sara (Caity Lotz) and her team join Ava Sharpe (Jes Macallan) and the Time Bureau to help clean up the last few remaining anachronisms. The job seems straightforward enough until Constantine (Matt Ryan) arrives to inform them that, in solving one major problem, they have created another, much larger one. When the Legends let time crumble in order to release and defeat Mallus, the barrier between worlds softened. History is now infected with “Fugitives” – magical creatures from myths, fairytales, and legends. Having been expelled throughout time by people like Constantine, these Fugitives are now returning to our world in droves and making a real mess of things. As the Time Bureau is distrustful of and ill-equipped to deal with magic, the Legends must team up with everyone’s favorite demonologist to set history back on track.

Sara and Constantine are joined by compassionate inventor Ray Palmer (Brandon Routh), hotheaded ex-con Mick Rory (Dominic Purcell), rebellious totem-bearer Zari (Tala Ashe), and heartbroken historian-turned-superhero Nate (Nick Zano) as they set out to save the world – and their legacy. It’s the familiar fun of the Legends time-travelling across historical events and encountering famous figures with an added shot of magical craziness! Based on the characters from DC, DC’S LEGENDS OF TOMORROW is from Bonanza Productions Inc. in association with Berlanti Productions and Warner Bros. Television, with executive producers Greg Berlanti (“Arrow,” “The Flash,” “Supergirl”), Phil Klemmer (“The Tomorrow People,” “Chuck”) and Sarah Schechter (“Arrow,” “The Flash”).”