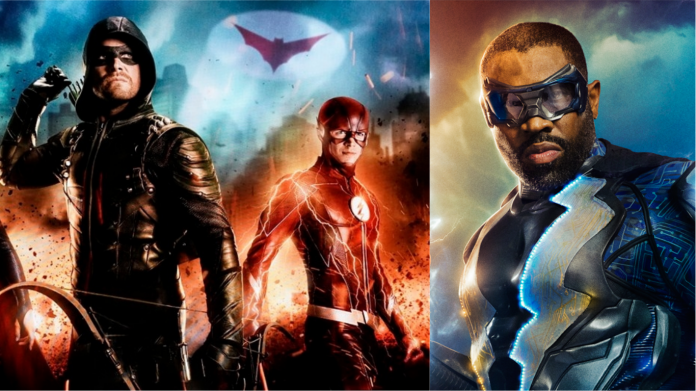 Each and every year fans of the “Arrowverse” just to watch a massive four way crossover, and this year will be no different.

But now the CW has another DC show in their lineup in the form of “Black Lightning” but as of right now it’s not connected to the “Arrowverse.”

Of course that issue could be easily remedied in the future if the powers that be decide to bring Black Lightning into the mix, and during a recent panel at MCM Comic-Con London, Danielle Nicolet who plays Cecile Horton on “The Flash” made it clear that she wants to see it happen.

“In terms of Black Lightning, just to say, I love it and I have a very public and undeniable crush on Jill Scott, so if any of the writers are listening right now, guys I’m just saying it would be fun,” Nicolet said via Express.co.uk.

However, whether or not the writers want to integrate “Black Lightning” there are still logistical issues that would have to be dealt with, as the series is filmed in an entirely different city.

“But for me, it’s challenging when we’re shooting and it’s challenging for crossovers to happen because not all the shows even shoot in the same city. But the idea that different shows on the same network pop over to one another – the traditional TV lame word of synergy, I feel like the only time synergy has legit worked is on The CW in the DC universe and I think it’s cool for fans and it’s cool for us to do it.”

At this point the exact dates for this year’s “Arrowverse” crossover haven’t been announced, but it has been confirmed that Batwoman and Gotham City will be a part of the crossover this year.