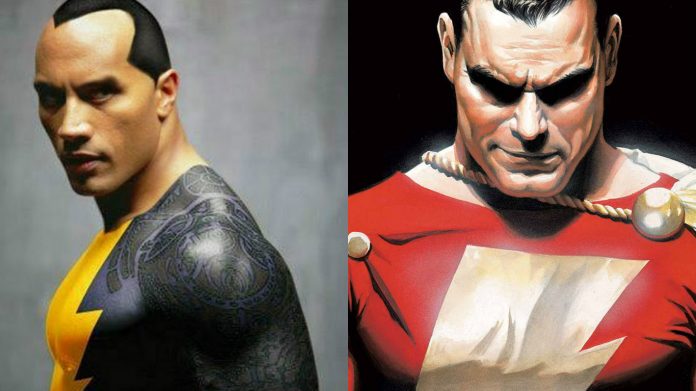 The Rock’s Shazam film is set to hit theaters in 2019, and he will be playing Black Adam in the upcoming movie. There already seemed to be quite a bit of interest in the film due to The Rock’s involvement, but The Rock and Henry Cavill really got people talking recently when they took a photo together and teased that they’re excited for “what the future brings.”

Merry Christmas a Happy New Year from Superman and Black Adam @therock . Today we drink like gentleman and come together as friends. We’re excited for what the future brings.. #DangerousGentleman #DCWorldsWillCollide #Superman

The Rock recently participated in a little Q&A session on his YouTube channel, and he was asked why he decided to take on the role of Black Adam. You can see what he had to say below.

“I love the role of Black Adam. I love that he starts off as a slave, that he felt like he was wronged. I just love that backstory. I think for me, Black Adam has always been the most intriguing superhero.”

The Rock won’t just be playing Black Adam in the film, he’ll also be co-producing the picture, and his manager Dany Garcia will also serve as a co-producer. According to Dany, they will be in control of the tone of the film.

You can check out The Rock’s full Q&A session below.