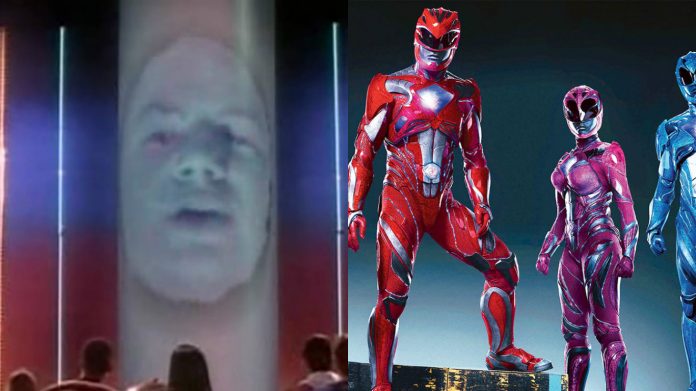 So far we’ve seen quite a few images from the upcoming Power Rangers movie, and we all have a pretty good idea of what the Rangers, Rita Repulsa, Alpha-5 and the Zords are going to look like. However, fans have been waiting anxiously to see what the one and only Bryan Cranston will look like as Zordon, and it looks like we finally have an answer.

An image from the Power Rangers virtual reality simulator in Las Vegas has surfaced online via Reddit, and it shows a small look at Zordon’s face, along with Alpha-5 in the bottom left corner. The simulator is set to debut in Las Vegas on January 5-8 at the International Consumer Electronics Show, and it will be moving to other locations as well.

Although it would be nice to see a much clearer look at Cranston’s face, this is still better than nothing. It appears that this incarnation of Zordon will be very similar to the one that was made famous in the “Mighty Morphin Power Rangers” TV series.