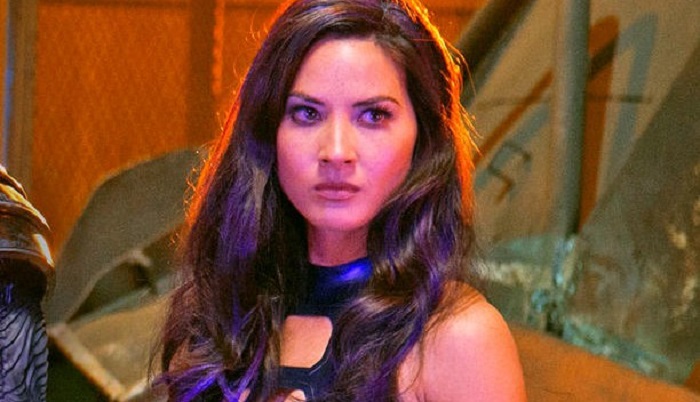 Olivia Munn will be making her debut as Psylocke in “X-Men: Apocalypse” but according to writer/producer Simon Kinberg, Psylocke wasn’t part of the original script for the film. Obviously things changed because Psylocke plays a very important role in the film as she’s one of the Four Horsemen. Kinberg told CinemaBlend that before Psylocke came into the fold the plan was for Professor X to sit in as a member of the Four Horsemen.

“The one person we didn’t know was Psylocke, and the reason why is because originally in the script we sort of… I don’t know why we made this decision, but we knew that Professor X was abducted in the middle of the movie, and we thought that almost counted as a fourth Horseman. And so that’s the way we constructed the original draft of the script. There wasn’t going to be a fourth one. The ‘surprise’ was that Xavier was the fourth Horseman. And then when we were working on the script, Bryan and I at one particular point – pretty late in the process – said, ‘He’s not really a Horseman – he’s not doing anything in the third act of the movie.’”

After deciding against using Professor X Simon Kinberg and Bryan Singer then decided on Psylocke. It was then that Kinberg thought of Olivia Munn who he had already met when she turned the role of Vanessa in “Deadpool.” He says that after they thought of Olivia Munn they googled her and found soe fan art which featured Munn as Psylocke and they were sold.

“X-Men: Apocalypse” hits theaters on May 27.