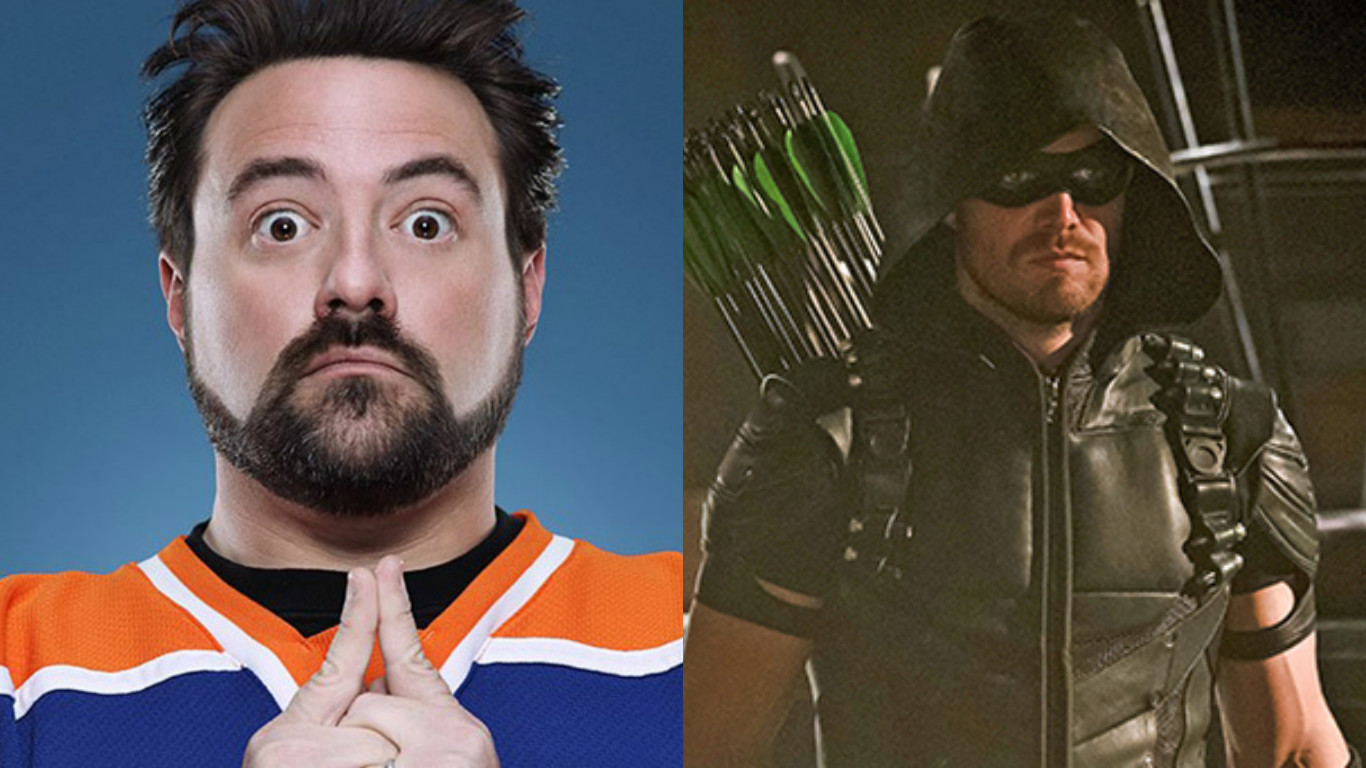 “I prefer not writing the episode because what we were able to do with me not writing it was, at least for me, substantial and wonderful … just as a directing exercise, I was so happy with it,” he told Variety.

“I would love to jump in for a one or two episode arc just to bring that Onomatopoeia character to life. That would be so badass – I created this character in the comics and then to do a live-action version of it that fit into their universe, fit into the run of their show? That would be exciting to me. That’s the one I can get my head around writing, but ‘Flash,’ whenever they bring me back, I think I prefer somebody else doing it. I heard rumor that when I go back, I think Zack [Stentz] might be writing my script again, which would be amazing – we’d be keeping the home team together, so that’d be cool.”

The team behind “Arrow” previously tried to bring Onomatopoeia to the show but Kevin Smith didn’t seem as enthused about it a few years ago. Instead they created a character named Mr. Blank who was played by J. August Richards.

“Originally, we were going to try to do Onomatopoeia, a villain from Kevin Smith’s run, but Kevin apparently said in an interview that there was no way to bring that character to television and film — and after a while we agreed with him!” Andrew Kreisberg told TVLine back in 2013.

What do you think, would you like to see Kevin Smith write an episode of “Arrow”? Sound off in the comments below.