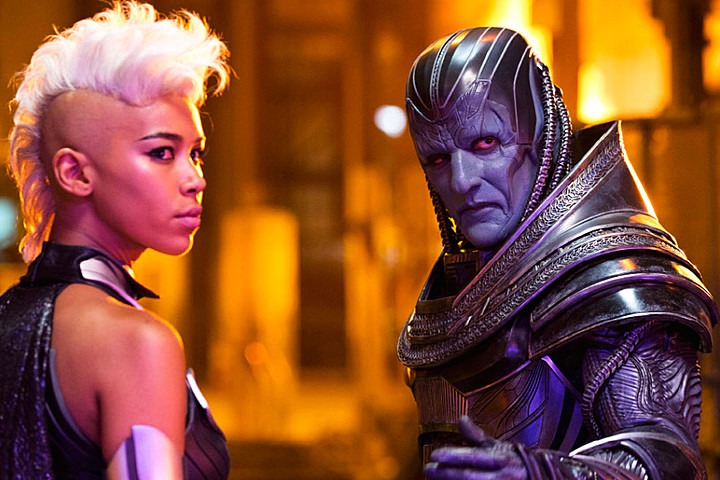 “X-Men: Apocalypse” is set to hit theaters next week and we’ve seen quite a few pictures and clips of the film’s main villain over the past few months. But fans haven’t forgotten the first photo of Apocalypse that was released last year.

The photo showed Oscar Isaac looking less like Apocalypse and more like Ivan Ooze. Fans immediately rejected the look and they weren’t the only ones that didn’t like it. Oscar Isaac recently spoke to Entertainment Weekly and he told them that he wasn’t thrilled with the picture either and he also explained why it came out the way it did.

“I was not super pleased with those first photos that ran,” Oscar Isaac said. “When you look at those things, you think that’s the representation of the character, and it was a shot from when we were coming out of a portal, and the portal light is purple and so suddenly everyone thinks that the character is purple which is not the case.”

Bryan Singer also noted that the original idea for Apocalypse was to make the character very CG heavy, but ultimately he decided against that idea.

“Instead of giving him CG make up, I thought it was very important that he connect with the horsemen, that he connect with the movie,” Bryan Singer said. “We built a suit and enhanced Oscar’s size. But nonetheless to be as intimate and persuasive in his interaction with our lead characters, I made the decision to have him for the most part be in human form.”

“X-Men: Apocalypse” hits theaters on May 27.