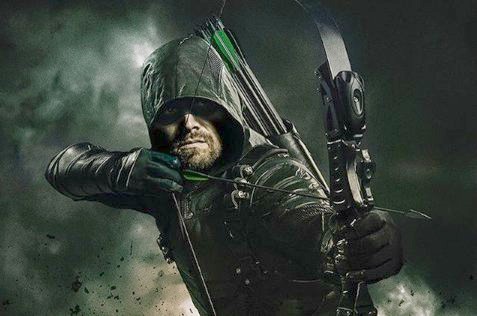 Last week’s episode of “Arrow” changed the status quo in a big way, so just a friendly warning, if you’re not caught up this post will contain spoilers.

Now that Oliver Queen is taking care of his son William, he’s going to try and devote more time to being a dad. Being the mayor of Star City, the Green Arrow and a father can obviously be very time consuming, that’s why Oliver decided to stop being the Green Arrow.

Oliver has passed the mantle on to Diggle, and it looks like he’s more than ready to jump into action.

David Ramsey tagged Stephen Amell in an Instagram post, and he said that he accepts his offer to become the Green Arrow until he returns.

During a recent interview Stephen Amell indicated that Diggle will be wearing the suit for four episodes or more, and he also said that Oliver is out completely.

“Arrow” will return Thursday night on the CW.