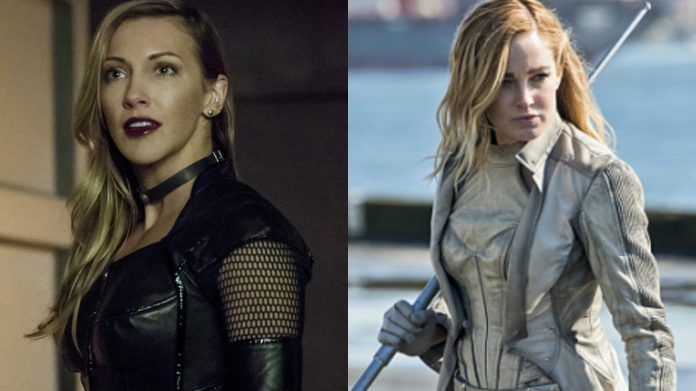 DC’s “Legends of Tomorow” recently returned for its third season, and the show has already cranked up the craziness. Sara Lance is once again captain of the Waverider, and her sister’s evil Earth-2 doppelganger, Black Siren, is running around terrorizing Star City on “Arrow.”

There are plenty of characters within the “Arrowverse” who have come into contract with Black Siren, but Sara Lance isn’t one of them.

During a recent interview DC Legends TV, executive producer Marc Guggenheim was asked if we’re going to see Canary and Siren do battle this season, but he noted that even though it’s something they’d like to do, it’s not in the plans at the moment.

“That’s a good question. I would say right now we don’t have a story planned, to have Sara and Laurel together… we always love to do that, and obviously that’s a confrontation that would be really awesome… it’s just a little tricky because the Legends are running around time, and because of the nature of the crossover this year, we just didn’t have the opportunity to tell that story. I would say it’s on our bucket list, but we don’t have any plans to do it at the moment. We’d certainly like to!”

Unfortunately it doesn’t sound like we’ll be seeing them face off any time soon, but hopefully it will happen in the future.

Who do you think would win, Black Siren or White Canary? Sound off in the comments below.