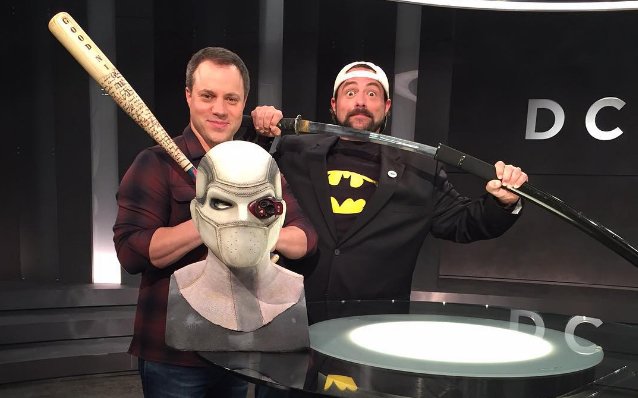 Comic book films are all the rage right now and people can’t seem to get enough of them. So far this year “Deapool,” “Batman V Superman” and “Captain America: Civil War” have done well at the box office and the year isn’t over yet.

There are still more comic book movies to be released this year, and there are many comic book movies that are going to be hitting theaters in 2017 and beyond. The fans seem to love the fact that there’s a huge surplus of comic book movies at the moment, but some filmmakers aren’t so pleased about the current Hollywood landscape, but Kevin Smith doesn’t feel that way.

“Suicide Squad” hits theaters this week and Kevin Smith was in attendance for the world premiere in New York City on Monday. Smith spoke to Variety and he was asked he thinks too many superhero movies are being made and he made it clear that he’s happy with the abundance of comic book films that are being released.

“No they need to make more dude, and I don’t care if they’re quote, unquote bad or something, the more you see the better it is. Make it as ubiquitous as the western was in the 50s I say, because what’s better than little morality tales? Some of them may be wonderful, some of them not as wonderful, but let them make them all. There’s no such thing as too many of these things.”

You can check out a quick clip from the interview below.

Is Hollywood making too many comic book films? @ThatKevinSmith answers at the #SuicideSquadPremiere https://t.co/d69WXTj798