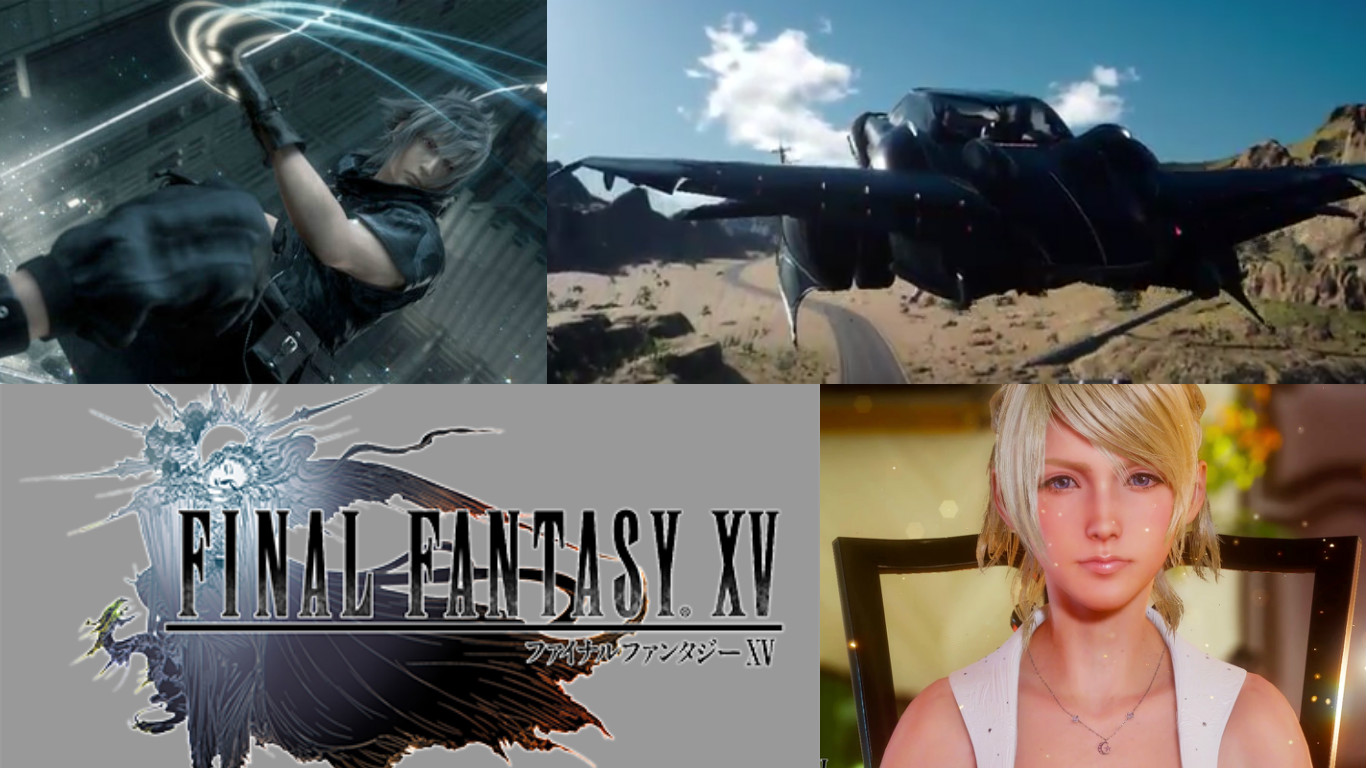 Square Enix did not disappoint during their “Uncovered: Final Fantasy XV” event. They officially confirmed that “Final Fantasy XV” will be released on September 30. But that’s not all they confirmed. An entire universe will be launching with the game and it will include an anime series, a mini game that’s available outside the game, a full length CG movie and more.

First of all, the gameplay footage looks phenomenal. Square revealed lots of footage and concept art from the game and visually it is definitely the most impressive looking “Final Fantasy” game yet. The entire world is massive in scope and the worlds within the world are simply breathtaking.

There will be several different modes of transportation. Footage shown near the beginning of the event showed the chocobos in action and they look like they’re going to be a lot of fun. They can be called by whistle and they can also drift. The car is a one of a kind that was designed by Square and Audi. The car’s radio will play classic tracks from the older games throughout the series and it will also serve as an airship. At the very end of the presentation it was revealed that the car has wings and it can transform, allowing the driver to fly. When in airship mode the car looked similar to the Batmobile from the Adam West Batman series.

Elemental magic will impact the entire environment when used. For example ice spells will cause plants around you to be covered in ice and so on and so forth. Enemies are also smarter now and they can choose to run away from a battle if they decide it’s the right move.

Square announced that they are releasing a prequel series in the form of an anime. The anime series titled “Brotherhood: Final Fantasy XV” will be a 5 part series which tells the story of how the 4 main characters came together and the first episode is available now and you can watch it below.

They’re also launching a full length movie called “Kingsglaive: Final Fantasy XV” which will be coming out later this year. The movie takes place while Noctis and his crew are away on their adventure in the main game and King Regis is left to defend his kingdom. It was revealed that Sean Bean voices King Regis, Lena Headey voices Noctis’ love interest Luna and Aaron Paul will be providing the voice for a new character named Nyx. The movie will be available for stream and download later this year.

The mini game this time around is called “Justice Monsters” and it looks like a sort of pinball meets “Galaga” mash up. The game will exist within “Final Fantasy XV” but it will also exist outside the game as well. “Justice Monsters V” will be available across several different platforms including iOS, Android, PC and more.