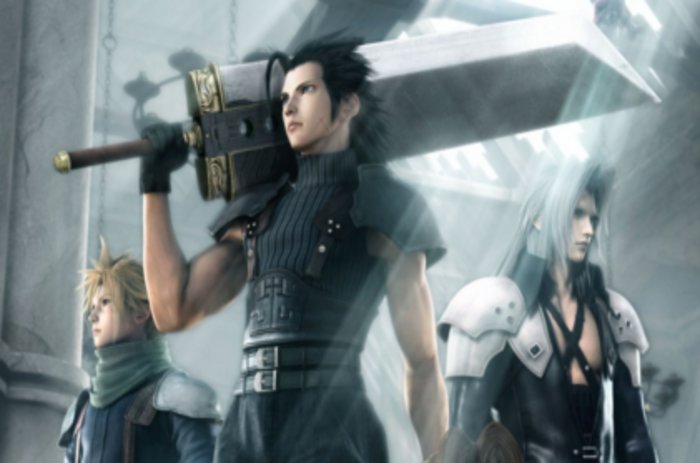 There are many stories that have been told within the universe of “Final Fantasy VII.” Aside from the main game, several spin-offs have also been released, along with a movie and various other forms of content. Although not all of the spin-offs were received well by the fanbase, “Crisis Core” is an exception as it’s a game that expanded on the backstory for “Final Fantasy VII,” and some fans even feel that it’s better than the original game.

“Crisis Core” told the story of Zack Fair and it also introduced several other characters such as Genesis and Angeal into the canon. Zack of course is a key part of the story, but he doesn’t have much of a presence in “Final Fantasy VII.”

“Final Fantasy VII Remake” producer Yoshinori Kitase recently spoke to Game Informer and told them that the team is open to using stories and settings from compilation content, such as “Crisis Core,” or “Before Crisis” for example, if they can make it work.

“It’s not to say that all or some of the characters from the spin-offs or other Compilation works will appear in the remake, but if there are any areas where we can use the settings or the characters, we do want to try to incorporate it in there, so it gives off that sense of nuance and those other stories existing.

There may be instances where the characters appear themselves, or are just referenced in dialogue. But, of course, it would be difficult to follow up on everything that happened in this universe. So, maybe some of the characters who weren’t as famous won’t appear or be mentioned. But in terms of the characters and instances that remain in the memories of our fans, we do want to try our best to integrate that in some fashion in the world.”

He also reiterated that the people in charge of making the game don’t feel that anything is untouchable. Kitase emphasized that they hope to surprise the fans with something new, but that doesn’t mean they’re going to be changing everything.

“Definitely. We have archived versions of our games, and a lot of times, people buy them and it starts off with nostalgia – but after that, you’re essentially following the story you already know. That experience starts to diminish as you proceed through the game and the interest level starts to decline. If it’s just nostalgia, it’s just a matter of following the story, and there wouldn’t be any surprises. So, in that sense, we want to balance out the areas we would like change versus the areas we don’t in order to have that nostalgia, but also the surprises.”

The “Final Fantasy VII Remake” will be released first on the Playstation 4 and as of this writing a release date has yet to be announced.