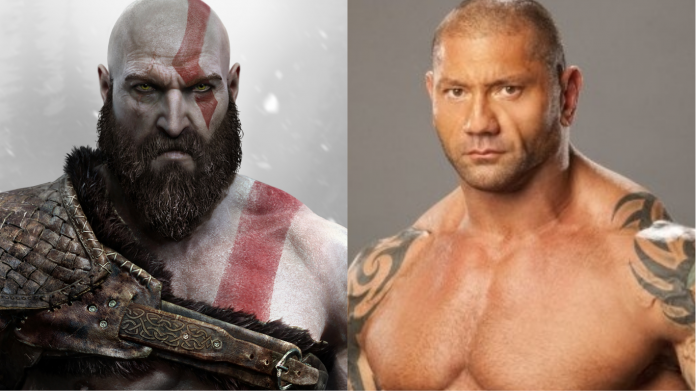 Dave Bautista found a lot of success in the world of professional wrestling, and over the last few years he’s also found success in Hollywood.

He’s firmly established himself as Drax in the Marvel Cinematic Universe, and now it looks like he could potentially end up landing another big role in the future.

“Pacific Rim: Uprising” director Steven DeKnight recently spoke to Comicbook.com, and he confirmed that he’s had some conversations with the people at Sony about bringing the “God of War” franchise to the big screen, and he wants Dave Bautista to play Kratos.

“I would love to see it,” DeKnight said. “Somebody had asked me about video games and I’ve always been a fan of God of War. I think the latest game was just so beautiful and phenomenal. I would love to tackle God of War movie or I would love to see somebody put that up on the big screen. Somebody asked me, ‘Well, who would you have to have Kratos?’ And immediately for me: Dave Batista would be the man. I think he can do anything. You can do drama, real emotion, humor, action. What would I like to see from a movie like that? A bit of a tricky question because there hasn’t really been 100% success of translating a video game to a movie. It’s a very, very tricky process.”

As DeKnight noted, video game movies haven’t always fared well at the box office, and with “God of War” having such a large fanbase there would be a lot of pressure to get it right.

Nevertheless, right now it seems that the idea of Dave landing the lead role is getting a positive reception from the fans, and graphic artist BossLogic has even given us a preview of what he could look like as Kratos.

In entertainment news – @stevendeknight wants to make an R rated #godofwar movie and wants @DaveBautista as the lead, so that's what I quickly worked on today pic.twitter.com/YxW9e0eHQu