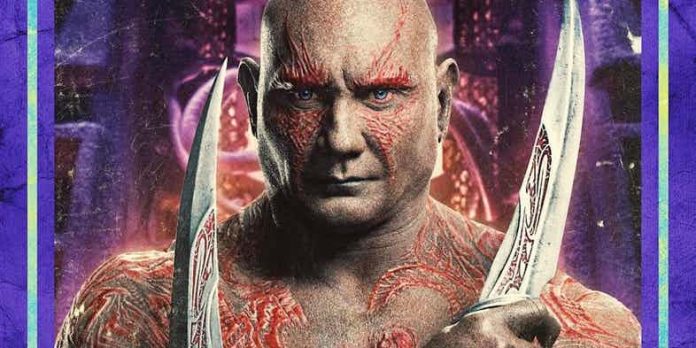 “Avengers: Infinity War” will be the culmination of the Marvel Cinematic Universe, and there’s no doubt that the film will feature some of the most epic fight sequences in the history of Marvel Studios.

Dave Bautista plays Drax in “Guardians of the Galaxy” and his interpretation of the character has become a favorite among fans. In the first film Drax was hellbent on avenging his family, and after he came to the conclusion that Ronan was nothing more than a puppet, he made it clear that he wants to kill Thanos.

Dave Bautista still wants to see Drax and Thanos battle one on one and he told Screen Rant that he’s hoping it happens.

“Personally I’d love to see him go head to head with Thanos. I’d love to see that. I’ve always been a proponent for that. You now, they’re just really brilliant about their writing. James Gunn has so much, well, he’ll have complete creative control over Guardians 3 and he has tons of input as far as Guardians go on in Infinity War, so I just trust in him, man. I do completely.”

Of course Drax has killed Thanos in the comics, but it remains to be seen if he’ll be killing him in the MCU.

We’ll just have to wait and see, but hopefully Dave Bautista gets his wish.