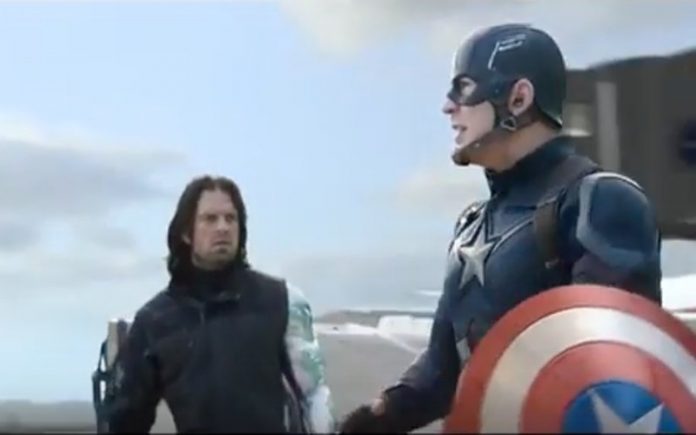 “Captain America: Civil War” was an action packed movie. It’s been months since the film was released, but still fans can’t stop talking about that epic airport battle scene.

The film is set to be released on DVD and Blu-Ray next month, and Marvel has shared a deleted scene from the film to hype up the release.

The scene shows off more footage from the airport battle sequence and this time around we get to see Bucky make the save when Captain America needs it most. In the clip, War Machine is trying to take out Cap which cause him to fall and drop his shield. Bucky wastes no time picking up the iconic shield and hurling it at War Machine.

You can check out the clip below.

Marvel also released another previously seen clip from airport battle sequence which features Ant-Man and Captain America teaming up to take on Team Iron Man, which you can check out below.