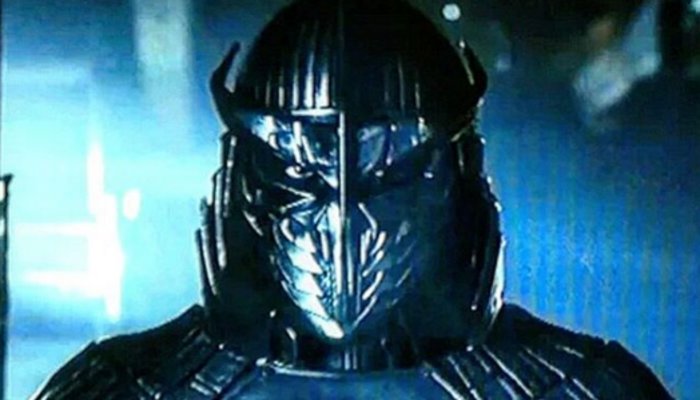 This time around Brian Tee is putting on the cheese-grater inspider helmet as he becomes the arch nemesis of the Ninja Turtles. Tee was nice enough to share a pretty awesome photo of himself decked out in Shredder gear and the costume looks impressive. Check it out below.

Ladies and gentlemen… I give you… The… #Shredder #kca

The new suit is a lot more toned down when compared to the Shredder suit that was used in the last film and that’s probably a good thing. Shredder looks more like the classic Shredder now and he’s not going to be the only classic TMNT villain appearing in the film. Krang, Bebop and Rocksteady all have roles in the film as well.

A new clip has also been released from the film and it shows the Turtles battling the Foot Clan while they’re out on the road. In the clip we learn that Donatello has given the Party Wagon some serious upgrades and it’s now loaded with weapons.

“Teenage Mutant Ninja Turtles: Out of the Shadows” hits theaters on June 3, 2016.