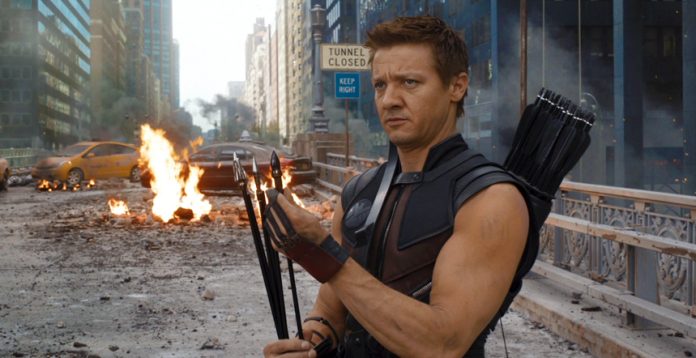 One of the big rumors going around claims that Jeremy Renner’s Hawkeye will go through an experience that causes him to take on the mantle of Ronin. While using the Ronin identity in the comics, Hawkeye sported a black and gold suit as well as samurai swords.

Now some photos have surfaced online from the “Avengers 4” set and they seem to provide more evidence that Renner’s Hawkeye will become Ronin as you can see the outfit he’s wearing features black and gold on the legs.

We’ll be learning more about what’s next for Hawkeye when “Avengers: Infinity War” hits theaters on November 4, 2018.