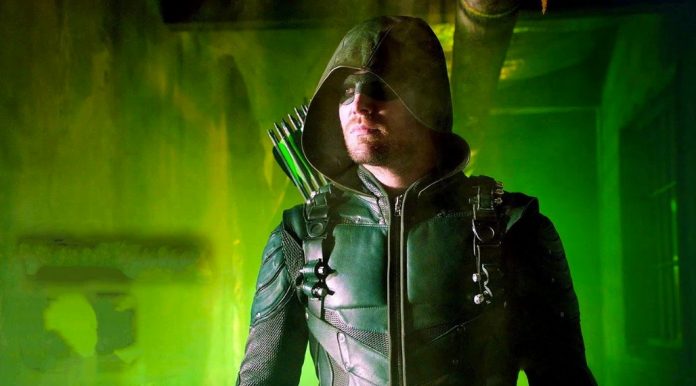 Stephen Amell is known for a lot of things. He’s known as Oliver Queen on “Arrow” he’s known as Casey Jones in the most recent Ninja Turtles film, he’s a future “American Ninja Warrior” competitor and Tuesday morning he was a hot topic on “The View.”

The ladies of “The View” decided to have a little discussion about whether or not you need to like what your partner likes, and the topic came into focus thanks to a recent Instagram post from Stephen Amell.

Amell attended Coachella over the weekend with his wife, and he noted on Instagram that Coachella used to be something that he decided to jokingly hate because his wife loved it. But this year he decided to give Coachella a chance and he says that the experience brought them closer together. Stephen Amell posted the following:

“Ever since we met in late 2011, my Wife has raved – no pun intended – about Coachella. I decided – in a semi joking way – that I was going to hate it for no reason whatsoever. And I’d poke fun at her when the set list was released and she’d get excited. Then I’d ask her not to contact me at all during the weekend, again, jokingly. And I DELIGHTED in the fact I knocked her up and she had to miss the festival for the first time in almost a decade. But then, in May of 2014, we fell in love with the desert… next thing you know we have a place there to relax during the Arrow season and host our friends and family. Then last year during Coachella, something felt different. She was at our house, with our friends, doing something she loves… without me. That’s not how a marriage / friendship / partnership should work. If your Wife (or whatever) loves something, you should love it too. So I did something every spouse should learn to do: I admitted I was wrong and apologized in a very concise sentence with zero uses of the word “but”, then asked to go. And we went. We did everything she wanted to do and I got to share an experience that brought us closer together because doing something your partner loves always helps you understand them better. What a weekend. Until next year.”

During “The View” Oprah jokingly said that she thinks Amell’s wife probably had more fun without him at the festival. It’s pretty ridiculous that an Instagram post from Stephen Amell started a discussion on “The View” but you can hear Oprah talk about Amell’s love life in the video below if you dare.

“Arrow” will return on Wednesday, April 26th with “Dangerous Liaisons.”