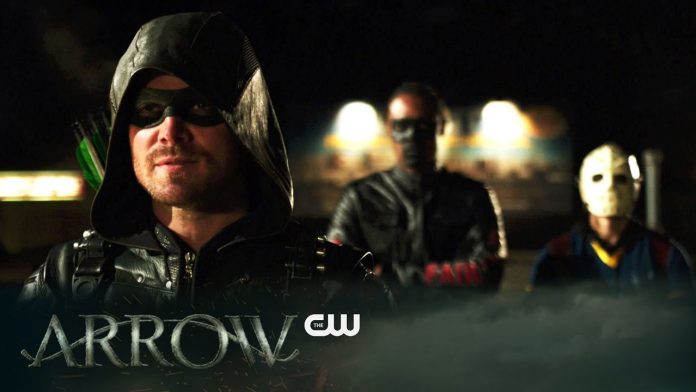 This week’s episode of “Arrow” answered a lot of questions about the return of Laurel Lance. When she first arrived she told Oliver that Sara had picked her up in the Waverider, and brought her back via time travel.

In recent weeks “Arrow” showrunners have been teasing that the Black Canary will return, but it doesn’t look like it’s going to be Laurel’s Earth-2 doppelganger at this point. Oliver tried several times throughout the episode to find the good in her, but she wouldn’t let go of her dark side.

However, the end of the episode teased that Team Arrow will go on the hunt for a new Black Canary next week in “Second Chances.”

Next week the team will head to Hub City to try and recruit Tina Boland, and you can see Tina in action in the trailer below.

TALIA AL GHUL TAKES OLIVER UNDER HER WING — In his quest to take down Kovar, Oliver (Stephen Amell) gets help from a surprising source – Talia al Ghul (guest star Lexa Doig). However, when she reveals what she wants from him in exchange, Oliver isn’t sure he can accept her help. Felicity (Emily Bett Rickards) attempts to hack the NSA to help free Diggle (David Ramsey) but when her online efforts are flagged, she faces off against an unknown adversary. Meanwhile, Curtis (Echo Kellum) tells the team about a female vigilante, Tina Boland (guest star Juliana Harkavay), he uncovered online who has been wreaking havoc all over the country.