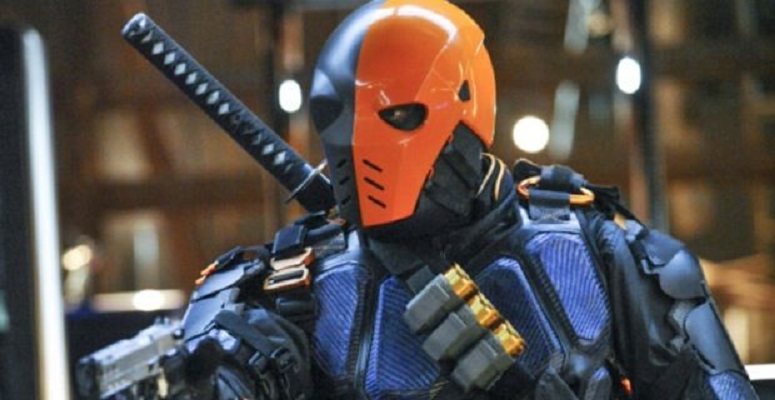 Yesterday “Arrow” star Stephen Amell posted a tweet showing the Deathstroke mask on the ground, and he welcomed the one and only Manu Bennett back. Fans have been waiting a long time to see Deathstroke make his return, and it’s finally going to happen in season 5.

It was recently teased that Oliver Queen will be making some unlikely alliances in his quest to take down Prometheus, and naturally fans are now assuming that he’ll be forming some sort of alliance with Slade Wilson.

He then posted a very confusing tweet that left a lot of fans scratching their heads.

For the record – I'm not going back for Arrow! #assumptionisthemotherofall…

Regardless of Manu’s confusing tweets, one way or another, it looks like Deathstroke is returning for the finale, and according to Stephen Amell and Marc Guggenheim, we’ll be seeing Manu Bennett back on “Arrow”

Marc Guggenheim shared a behind the scenes photo of Deathstroke from the “Arrow” set today, and it’s actually quite hilarious.

“Arrow” will return to the CW on April 26th.