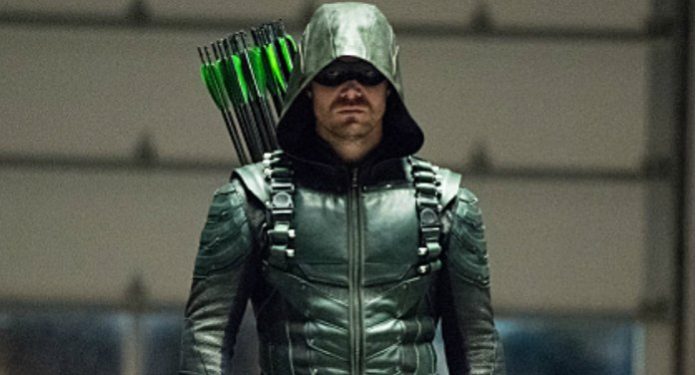 “Arrow” will be wrapping up season 5 in May, and most fans will likely agree that season 5 has been one of the better seasons so far. Prometheus has been an excellent villain, and Stephen Amell announced earlier today that Manu Bennett will be reprising his role as Deathstroke before season 5 ends.

Related: Arrow Producer Reveals Which Character Will Never Be Killed Off

During the flashbacks in the most recent episode of “Arrow,” Oliver Queen informed Anatoly that he is planning to return to Lian Yu. The producers have promised that the end of season 5 will sync up with the beginning of the series, and we will learn exactly how Oliver got back to, and left Lian Yu.

With all of the fun exciting announcements regarding “Arrow” season 5 today, executive producer Marc Guggenheim decided to reveal that the season finale will be appropriately titled “Lian Yu.”

But that’s not all. Guggenheim also informed fans via Twitter that there are more exciting announcements on the way.

BTW, the return of @manubennett is only the first of a few exciting announcements about Arrow's sixth season finale…

During a recent interview Marc Guggenheim said that fans should expect to see a “good number of returning characters” in the “Arrow” season 5 finale.

With Deathstroke and Thea Queen both confirmed to return at this point, it’s anybody’s guess in regards to who might be returning next.

Who do you want to see return before the season comes to an end? Sound off in the comments below.