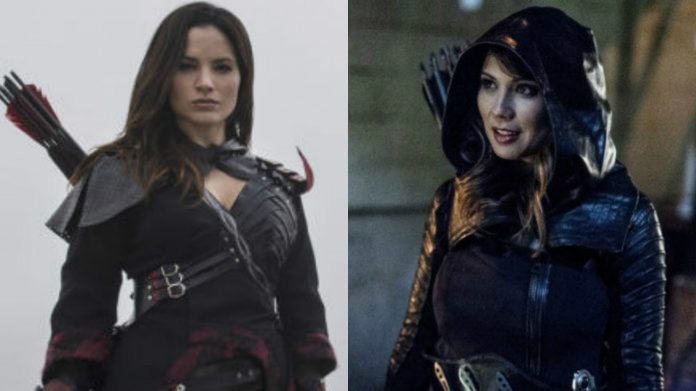 “Arrow” season 5 has been intense so far. Adrian Chase has turned out to be one of the greatest villains the series has ever seen, and the last few episodes of the season are going to be loaded.

It’s been confirmed that Thea Queen will be returning and executive producer Marc Guggenheim recently teased that quite a few characters will be returning in the season finale as well. Now it’s been revealed that Katrina Law will be reprising her role as Nyssa al Ghul, and she will have a big role in the finale.

According to Entertainment Weekly, Katrina Law will be returning for multiple episodes, and she’s set to do battle with Lexa Doig’s Talia al Ghul in what’s being described as an “epic fight.”

It’s been a little while since we’ve seen Katrina Law on “Arrow” as she’s been busy working on “Training Day” which airs on CBS. A few months ago Law was asked about a possible Nyssa/Talia showdown and she was thrilled by the idea of possibly getting Nyssa and Talia together on the show.

“There’s always talk. Whether or not those talks will ever come to fruition is another matter, but I would love to have a reunion with Talia. I just think having the two sisters either fight side by side together or fight with each other would be epic either way.”

“Arrow” is currently on break but the show will return on April 26th with “Dangerous Liaisons.”