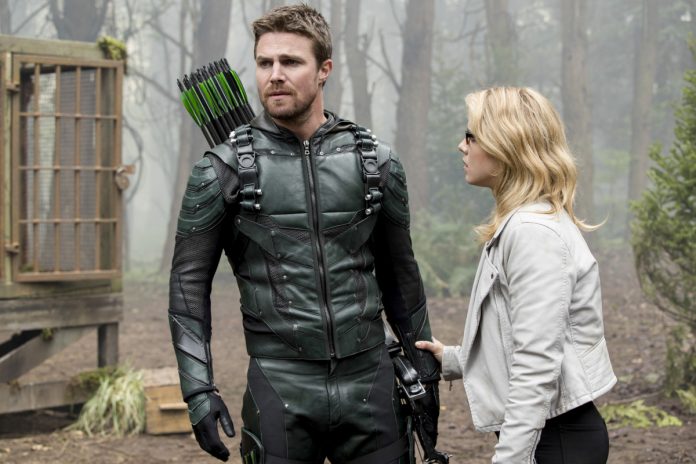 It’s been a week for fans of DC TV shows, because “Supergirl,” “The Flash” and DC’s “Legends of Tomorrow” have all returned for new seasons, and on Thursday “Arrow” will return as well. The “Arrow” season 5 finale left the fates of many characters in doubt after Lian Yu exploded, but a few characters have been confirmed to be alive.

It was previously confirmed that Black Siren, Black Canary and Deathstroke all survived the explosion, and now two more characters have been confirmed to be alive.

In “The Flash” season 4 premiere titled “The Flash Reborn” Team Flash breaks Barry out of the Speed Force after Cisco tells everyone that he’s been working on a plan to save Barry. When Cisco is asked if it will work, he says he’s consulted with Harry, Tracy, Felicity and Curtis.

That means “The Flash” just inadvertently confirmed that Felicity and Curtis survived the explosion on the island.

This isn’t a huge surprise when it comes to Felicity, as she’s already been confirmed for an appearance in episode 5 of “The Flash” season 4, but this is the first time fans have gotten confirmation that Curtis survived.

Who actually ended up dying on the island? We’ll find out on Thursday.