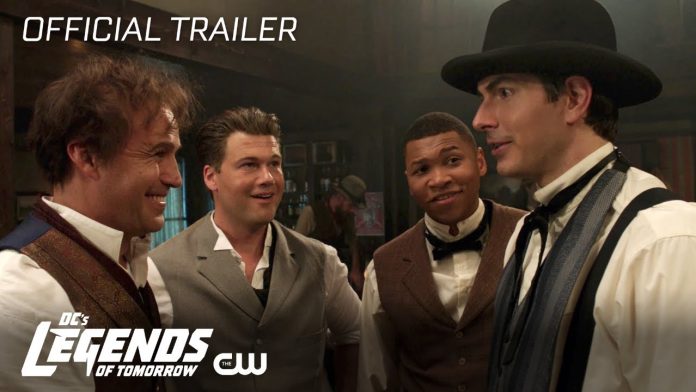 The Legends are back on DC’s “Legends of Tomorrow” and they’re screwing things up for the better. The season 3 premiere was full of wacky antics and time traveling fun, and next week they’ll be joining the circus. The Legends will run into P.T. Barnum played by Billy Zane, and you can check out the preview for next week’s episode below.

“It’s Always A Circus — The Legends find themselves in 1870 to fix the anachronism which happens to be at P.T. Barnum’s fledgling circus. However, Nate (Nick Zano) and Ray (Brandon Routh) accidentally free a saber toothed tiger, creating a bigger problem. Meanwhile, P.T. Barnum (guest star Billy Zane) is on the hunt to capture Nate and Ray to make his show even more exciting for the crowd.”