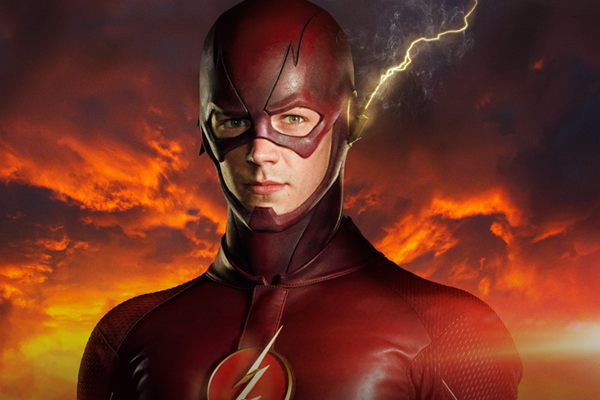 It was announced a few months ago that Kevin Smith would be directing an episode of “The Flash” this season and he’s getting some help from writer Zack Stentz. Zack has worked on films such as “Thor,” “X-Men: First Class” and more. He’s also set to work on the upcoming “Power Rangers” reboot film.

He shared his excitement about working on the project via Twitter with a photo of the script.

Now that the cat's out of the bag, thank you @GBerlanti @AJKreisberg @SarahSoWitty for the invite to do this!!! pic.twitter.com/tCwp9wJFNT

As you probably noticed, Stentz cleverly placed his pen over the episode’s title. It’s not yet known when the episode will air or what it will be called. But Smith noted that Monday was the first day for production on the episode he’s directing. He posted the following on Facebook along with a photo of himself and Zoom.

“Silent Bob speaks no evil when #Zoom is on the loose! Halfway done with Day 1 on @cwtheflash and I’m in HEAVEN! Masks! Costumes! Heroes! Villains! There is no Crisis on my infinite Earth today! #thecw #theflash #KevinSmith #Vancouver #dccomics #CentralCity” 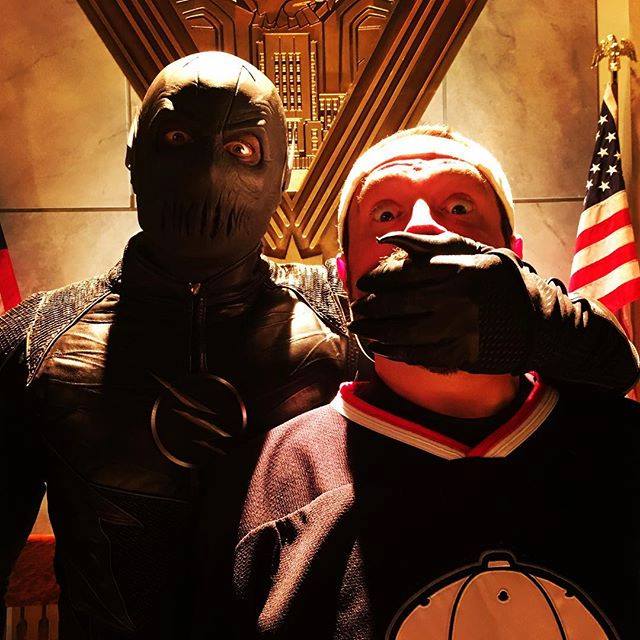