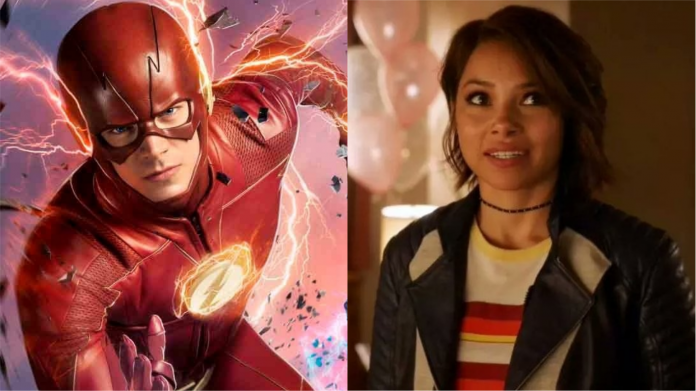 “The Flash” season 5 has been an interesting ride so far, but the midseason finale revealed something huge about Nora.

At the end of the episode Nora traveled to the future and met with Eobard Thawne, who was in prison, and fans learned that they’ve been working together.

It seems that there’s a lot more to this story that has yet to unfold, but showrunner Todd Helbing recently told TV Line that things are going to get dicey for Nora in an upcoming episode.

“Nora is working with Thawne, and after her experiences with Barry and Thawne in Episode 8, she certainly knows Barry’s reaction to Thawne. Now that she has a full understanding of their history, it makes it a little more complicated for her and Thawne in the future, and how she thinks her parents and everybody else on Team Flash would react to that [partnership]. It gets a little dicey for her, a little tricky, and in that episode (airing Jan. 29), there’s a situation that arises where Barry and Iris could learn [the truth], so Nora tries to keep that from happening. It’s a “schmience” trip that sort of goes awry.”

Why do you think Nora is working with Thawne? Sound off in the comments below.

“The Flash” will return tonight with “The Flash and the Furious.”