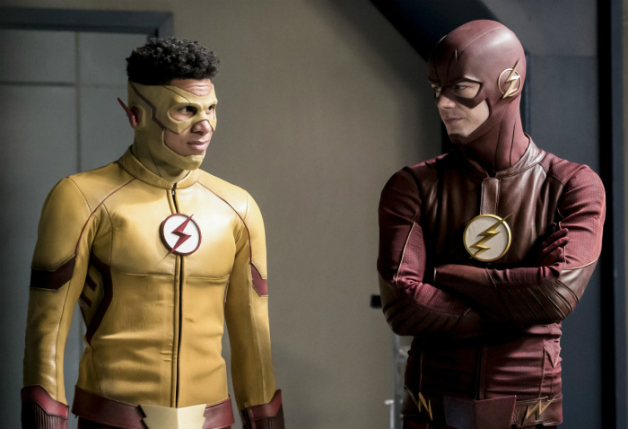 “The Flash” season 3 has been a wild ride for fans. We’ve met new characters and we’ve seen a few familiar faces come and go throughout the season, but now it looks like Team Flash has added yet another member to its ranks.

Related: The Flash Loses A Major Character In “Infantino Street”

A few weeks ago in “The Once and Future Flash” Barry traveled to the year 2024 to try and find information that would help him stop Savitar. Future Barry told current Barry that he enlisted the help of Tracy Brand when he trapped Savitar in the Speed Force, so Barry tried to find her when he returned to the present.

Barry Allen did end up finding her, and for the past few weeks she’s been helping the team build the Speed Bazooka. Not only is she helping the team stop Savitar, but she also has great chemistry with H.R. Wells.

In this week’s episode titled “Infantino Street” Wells and Brand’s chemistry lit up the screen again, and Wells asked her a very important question.

H.R. asked Tracy to officially join the team at S.T.A.R. Labs and she agreed.

As of right now no official announcements have been made regarding Anne Dudek returning to the show for season 4, but there’s plenty of time for that to get sorted out. Since she accepted his offer, it appears that Brand will be sticking with Team Flash going forward, so it should be interesting to see what else she brings to the table after the Savitar story arc ends.