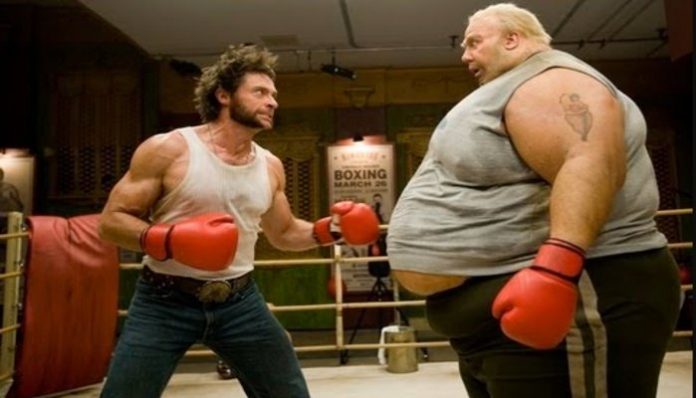 Hugh Jackman recently finished up an incredible cinematic run as Wolverine, and he went out in a big way with “Logan.” The film was praised by fans and critics alike, and although Jackman went out on the right note, there were a few missteps during his career as Wolverine.

One of the biggest missteps came in the form of “X-Men Origins: Wolverine.” Hugh’s final film is loved by fans, but his first solo film was panned and if you’ve ever seen it you probably understand why.

The film focused on Wolverine, but it did feature several characters from the X-Men mythos, one of which was the Blob. Kevin Durand played in the character in the film, but a “Stranger Things” star recently revealed that he auditioned for the part, and he was passed over for a surprising reason.

David Harbour recently spoke with The Wrap, and he revealed that he didn’t land the role because he was too fat.

“I just made a stupid joke and then they called me and the director, we met at like a hotel, and he was like, ‘David, look, you’re wonderful, we really think you’re just a great actor, we’re just concerned… we’re really concerned.’ I was like, ‘Why, what’s your concern? I’m good to go. I’m available, let’s do this!’ And they were like, ‘no, it’s just, you lifted up your shirt and we saw the… we’re just a little worried about your health.’ … I was like, ‘Wait a minute, dude … ‘You are telling me I’m too fat to play The Blob? That’s awesome, I have to get the f— back to New York.’ That’s my audition — so I didn’t get The Blob.”

Considering how the movie turned out, Harbour’s probably glad he didn’t land the role at this point.

Soon he’ll be busy with a completely different comic book franchise, as he’s been cast as the new Hellboy, and if his first Hellboy film is a success he could be playing the character for years to come.