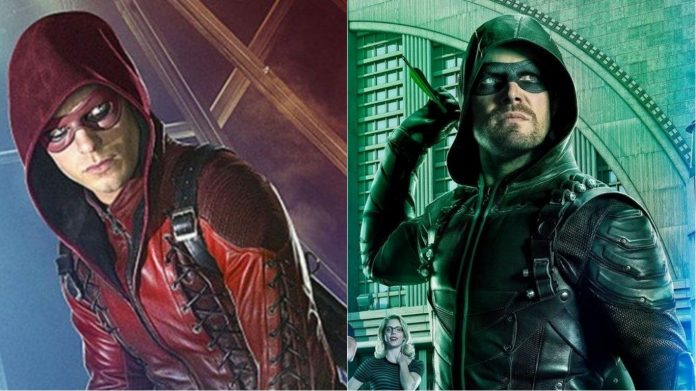 When “Arrow” season 7 premieres fans will be seeing a whole lot of Oliver Queen in prison, and they’ll also be seeing the return of Roy Harper.

It was announced a few months ago that Colton Haynes will be a series regular in season 7, and it’s been confirmed that we will be seeing the Earth-1 version of Roy Harper.

Details surrounding Roy’s return are being kept secret, but Stephen Amell recently teased during an interview with IGN that Roy will be talking to a character we’ve never seen before.

“I can’t give you a single thing,” Amell laughed. “I can say stuff, but the really cool thing is that I could give you like a hundred guesses, and I don’t think that you would get it. We find him in a spot that you would never expect to find him, talking to a character that you’ve never seen before, but is incredibly familiar.”

It sounds like fans should expect the unexpected from the new season, as Amell also teased that, “the final scene of the Season 7 premiere is a scene that, really, I don’t think anyone will anticipate. I think it’s very, very, very exciting.”

“Arrow” will return on Monday, October 15.