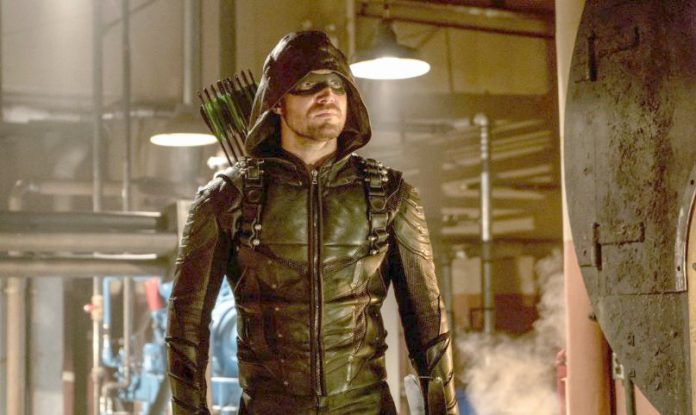 When “Arrow” first debuted in 2012, it put a new spin on the Green Arrow mythos, and the show has been expanding its own universe in a big way over the last few years.

“Arrow” fans have been introduced to characters that weren’t part of the Green Arrow comics, but Stephen Amell feels that they should be considered canon going forward.

Amell recently spoke to The Music Australia, and he talked about how he thinks characters like John Diggle, Thea Queen and Sara Lance would have to be included in a potential Green Arrow film.

“One of the things that I’m most proud about is that, 25 years from now, if they made a Green Arrow film, they would have to make it with John Diggle and Felicity Smoak and Thea Queen and Sara Lance and a lot of the characters that we’ve brought in and have created as we’ve gone along. I hope that not only do those characters start to exist in the comic books if they haven’t already – and some of them have – but I would hope that if you were looking at the blueprint of how to do a successful Arrow show, people would be like, ‘Yeah, you have to have those characters – those characters are a part of it now.’ And the fact that we created a bunch of them, or at least reconstituted some of them in some instances, that’s the most impactful thing that we’ve done.”

It appears that some fans took exception to his comments, but Stephen Amell made it clear that he’s standing by what he said.

Just read a bunch of stuff on Twitter about people complaining that I think characters our show has created are now integral to the Green Arrow canon going forward. Well, they are. So get over it.

“Arrow” will return for season 7 in the fall.