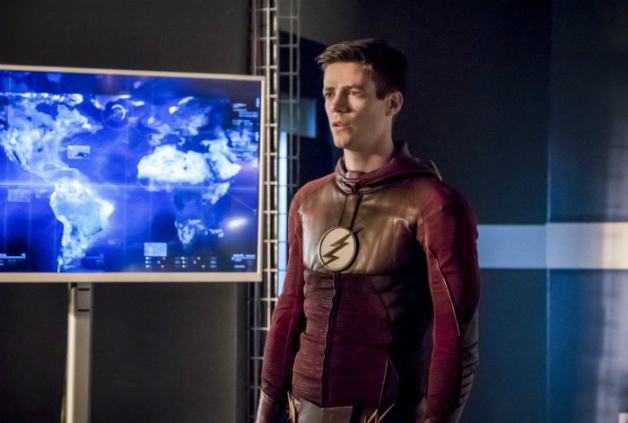 “The Flash” season 4 is going to be interesting because when the show returns Team Flash will be without their leader Barry Allen. With Barry Allen trapped in the Speed Force, Iris West is going to be stepping up in a big way, and it sounds like she’s also going to be making some changes at STAR Labs.

Carlos Valdes recently spoke to CBR about what fans can expect from Team Flash and Iris West in season 4, and he revealed that the STAR Labs console will be getting a new look when the show returns.

“There’s only so many ways you can stand behind a computer,” he explained. “And now it’s Iris taking the mantle. But, I think in the six months that have transpired, between Barry’s disappearance and where we pick up at Season 4, she’s really stepped up her game and really taken control of the situation, which of course. She’s a strong woman and she’s written as a strong woman, so it makes sense that she would commandeer with such a resolve. There’s even sort of a new look to the STAR Labs console, that reminds me a little bit more of the Starship Enterprise. It’s kind of this sprawling sort of… just curved, like sleek metal sort of thing that’s less like desk computer and more like ship console. So that’s a good support for Iris, I think, at this point.”

It looks like we’ll be seeing a few upgrades when “The Flash” returns for season 4 with STAR Labs getting a new console, and Barry Allen getting a new suit.