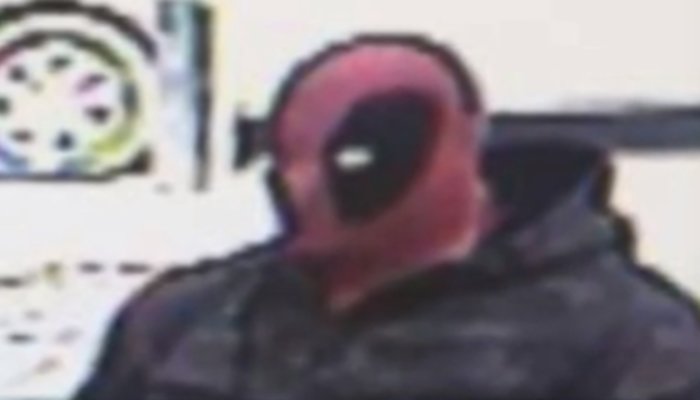 Deadpool is certainly all the rage right now. His movie is breaking records at the box office and the character has been everywhere in recent weeks. You can’t go anywhere without seeing a Deadpool advertisement, flyer or even Deadpool himself. Like we said, Deadpool has been everywhere and that includes a bank in South Point, Ohio.

A man wearing a Deadpool mask walked in the South Point, Ohio branch of U.S. Bank on Friday then he pulled out a handgun. After robbing the teller at gunpoint authorities report that the man got away with $2,000.

The suspect has yet to be identified as he’s still on the loose. Authorities have declared him “armed and dangerous.” So unless you have any super powers of your own, stay away from any bank robbers who might be wearing a Deadpool mask.

You can check out footage from the robbery in the clip below.